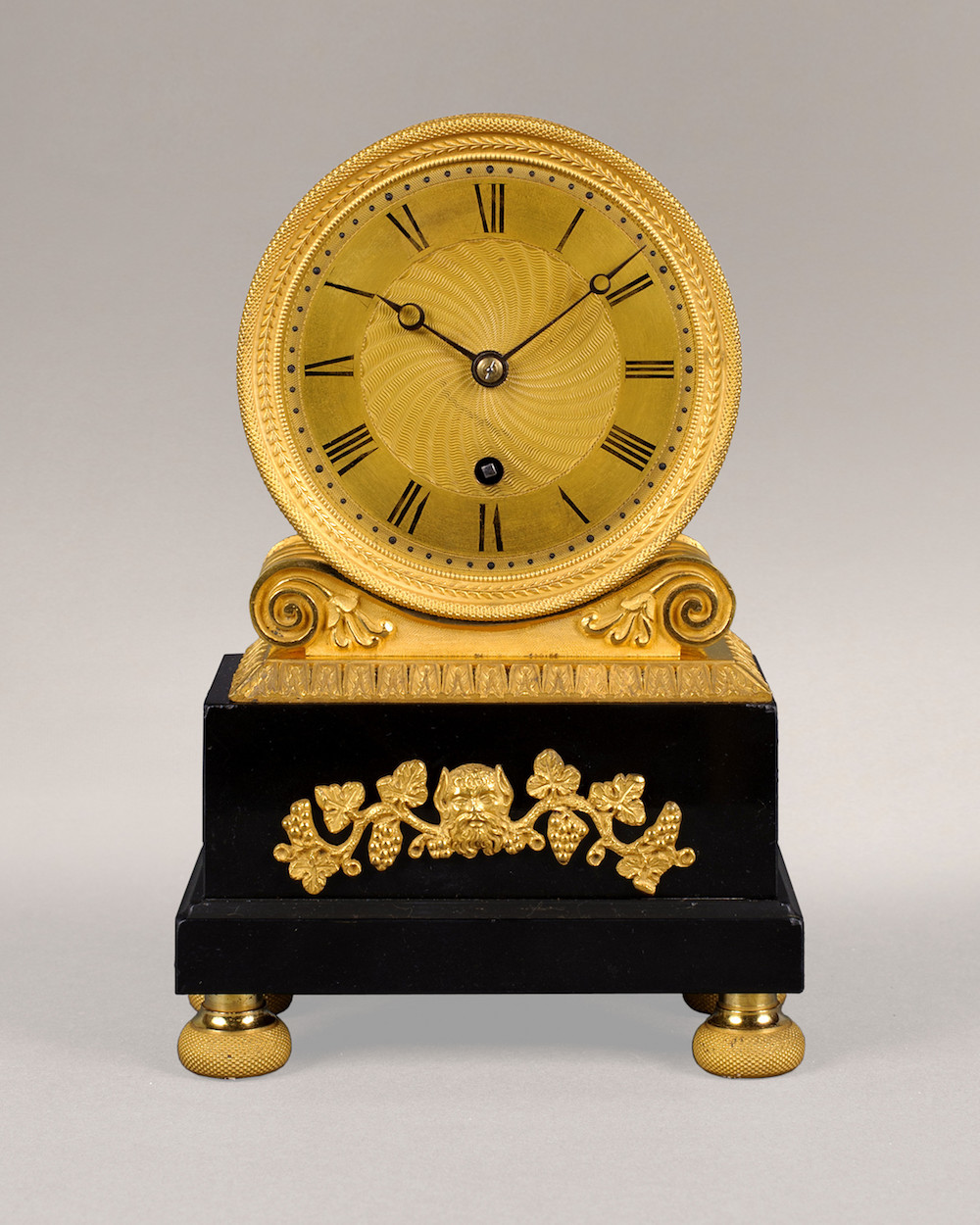 The fire gilt drumhead top sits on its original black marble base which has an applied gilt metal wreath with fruits, foliage and a male mask along its front edge. The case stands on four original engine-turned gilt brass feet.

On the rear edge of the marble base there is a bronze plaque with the following inscription:

PRESENTED TO THE REVD. GEO. REDFORD M.A.
BY THE TEACHERS OF THE SUNDAY SCHOOL
ASSEMBLING AT PROVIDENCE CHAPEL UXBRIDGE
AS A TOKEN OF THEIR SINCERE ATTACHMENT
AND AFFECTIONATE REGARDS
JANUARY 1ST 1826

* This clock was most probably made by Richard Pinfold Ganthony who was the son of a well-known clockmaker of the same name. He was a member of the Clockmakers’ Company from 1821 until his death in 1845. He is listed on page 290 of Brian Loomes’ “Watchmakers and Clockmakers of the World – 21st century edition”.