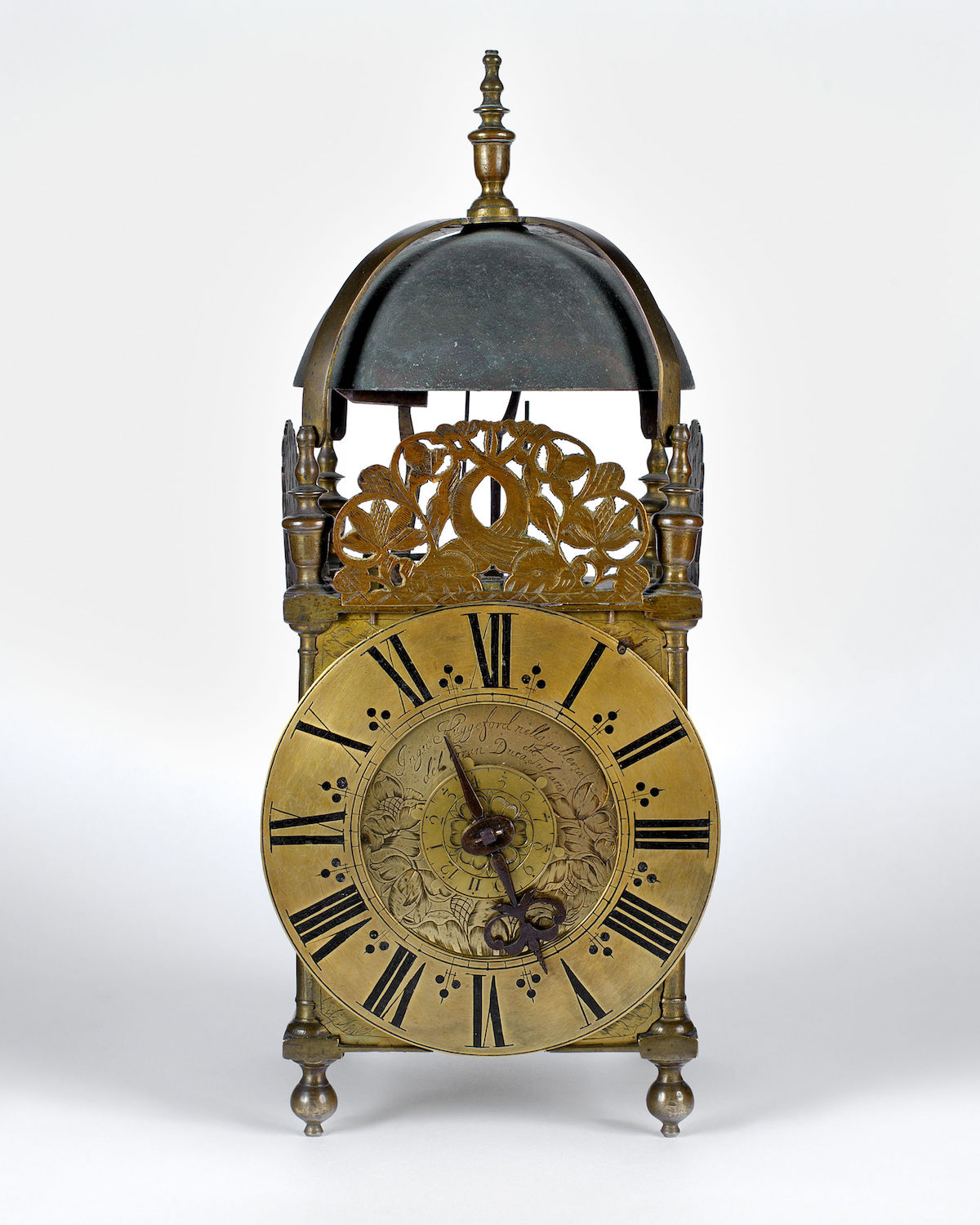 A classic London style Third Period lantern clock made by this English Roman Catholic living and working in exile in Florence. It has all the typical features of a lantern clock of the late 1680s: flower and foliate dial centre with the maker’s signature at the top, dolphin frets, alarm disc and alarm train mounted on the back plate along with a crown wheel verge escapement and centre swinging pendulum.

* Ignatius Huggeford was made a Free Brother of the Clockmakers’ Company in 1671 and by 1686 he was ‘beyond the seas’. By 1688 he was working for Grand Duke Cosimo III of Tuscany as an emigré, probably as a result of his Roman Catholicism.