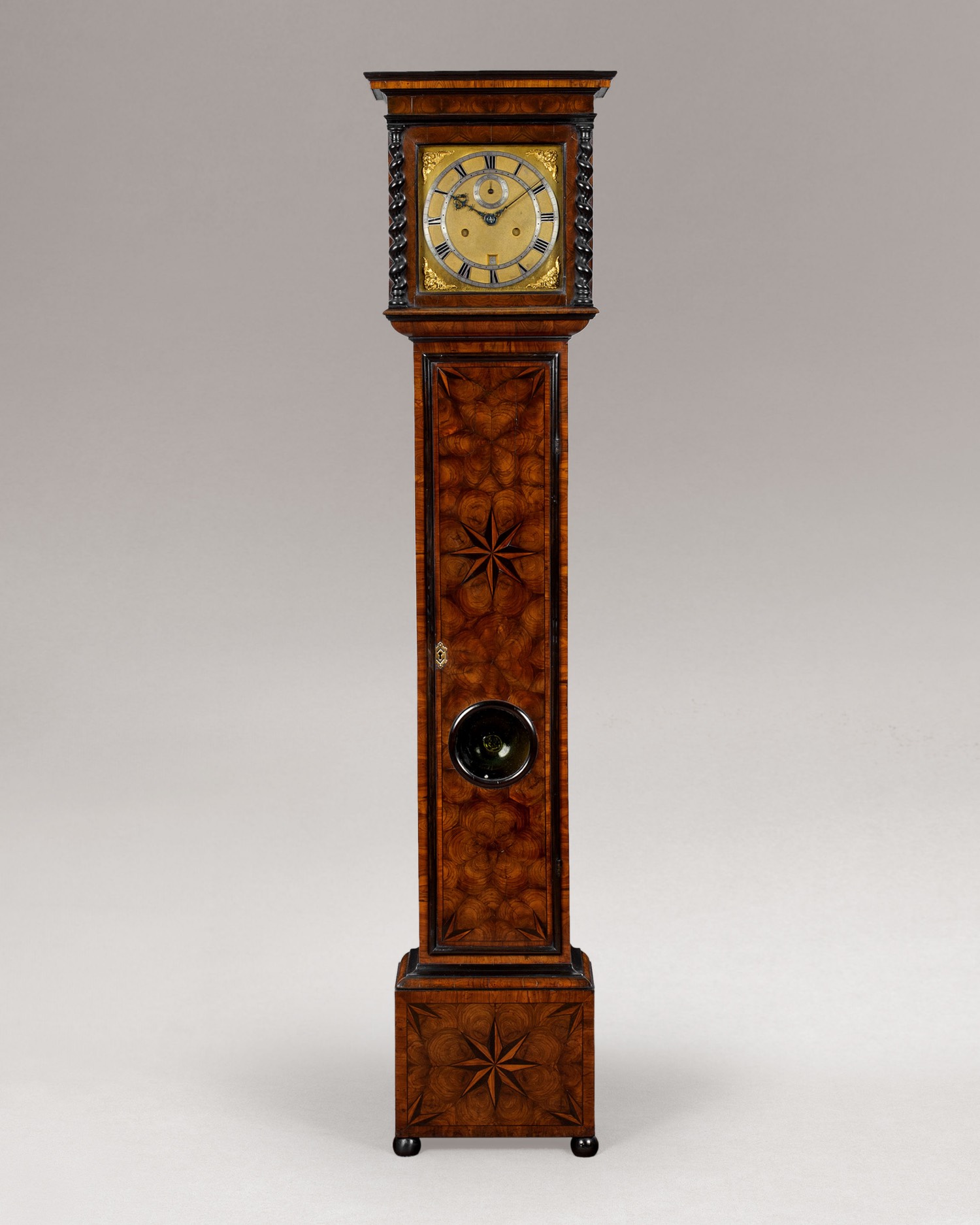 The case is principally constructed of cariniana wood and veneered with olive wood oysters with ebony and holly star inlay to the trunk and base. The rise up hood is flanked by barley twist columns rising to the flat top. The principal mouldings on the case are ebonised.
The 10 inch (25.5 cm) square dial is mounted with early winged cherub spandrels, silvered skeletonised chapter ring and a subsidiary second’s ring. The centre is finely matted with an aperture above six o’clock for the day of the month. The dial plate is signed ‘Jacobus Markwick, London’. The steel pointers are finely pierced and faceted.
The 8-day duration movement has six latched, finned and knopped pillars separating the unusually large shaped plates. The hours are sounded on a bell via an outside locking plate.

* Jacobus Markwick (Jacobus is Latin for James) was an eminent maker who was apprenticed in 1656 and Free of the Clockmakers Company in 1666. He worked in London until 1698 and made watches as well as making clocks. Examples of his work are included in the Victoria & Albert Museum, The Wetherfield Collection and the National Museum in Stockholm.