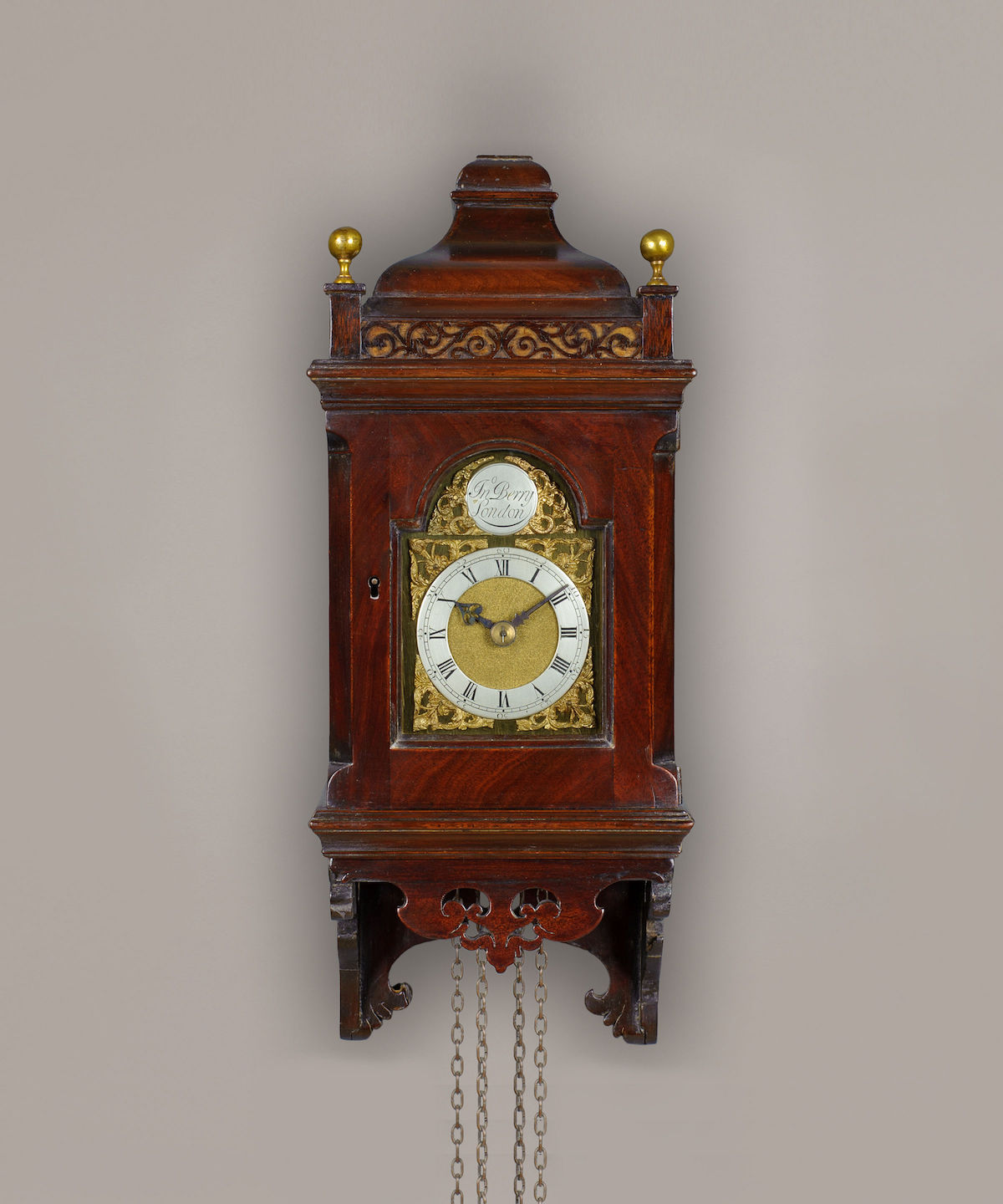 The 3 ½ inch arched brass dial has a finely matted centre and a silvered brass chapter ring with Roman numerals and an outer band of Arabic numerals for the five minutes. There are raised gilt brass foliate spandrels to each corner and within the arch.

The elegant mahogany veneered case has a slide off hood with chamfered sides and inset wooden sound frets below the moulded caddy top. The bracket section below has beautiful cut out decorative frets.

* The maker of this beautiful little clock was John Berry who had a father of the same name. He was originally apprenticed in 1684 to John Ebsworth and by 1705 he had his own workshop at the Dial in St Clement’s Lane. He became Master of the Clockmakers’ Company in 1723 and he died in 1758.