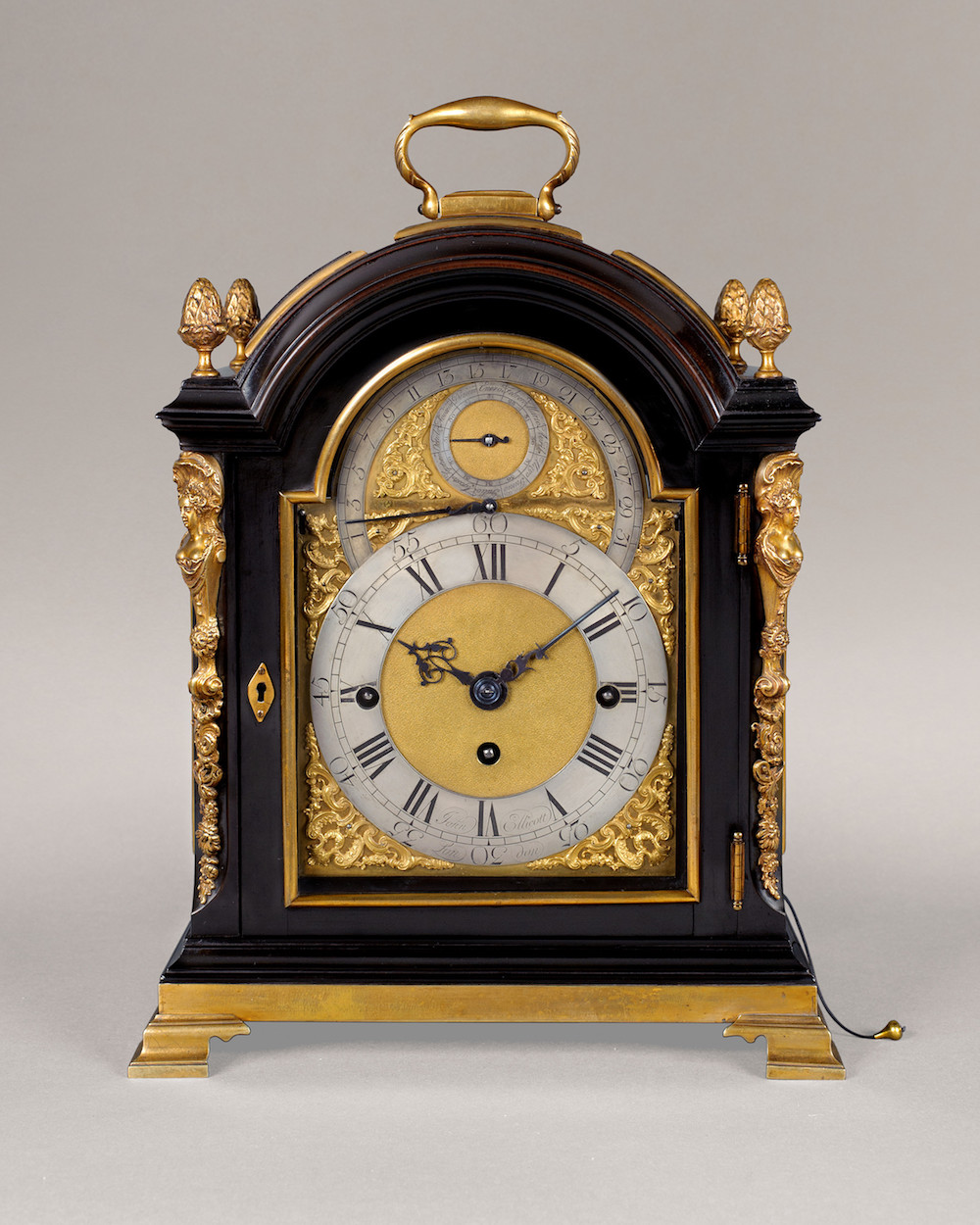 The substantial 8-Day movement strikes the hours on a single bell and chimes the quarters on 8 bells. The brass dial has a finely matted centre, foliate rococo corner spandrels and the rare feature of a flyback calendar with a central subsidiary dial for months of the year in the arch.

The large top-quality London movement fills the whole case and the backplate is exquisitely engraved with foliage which is repeated on the backcock and the securing brackets. The maker’s signature, Jon: Ellicott London, is centred within the engraving . The movement retains its complete set of 8 bells and has a restored verge escapement with a short bob pendulum.