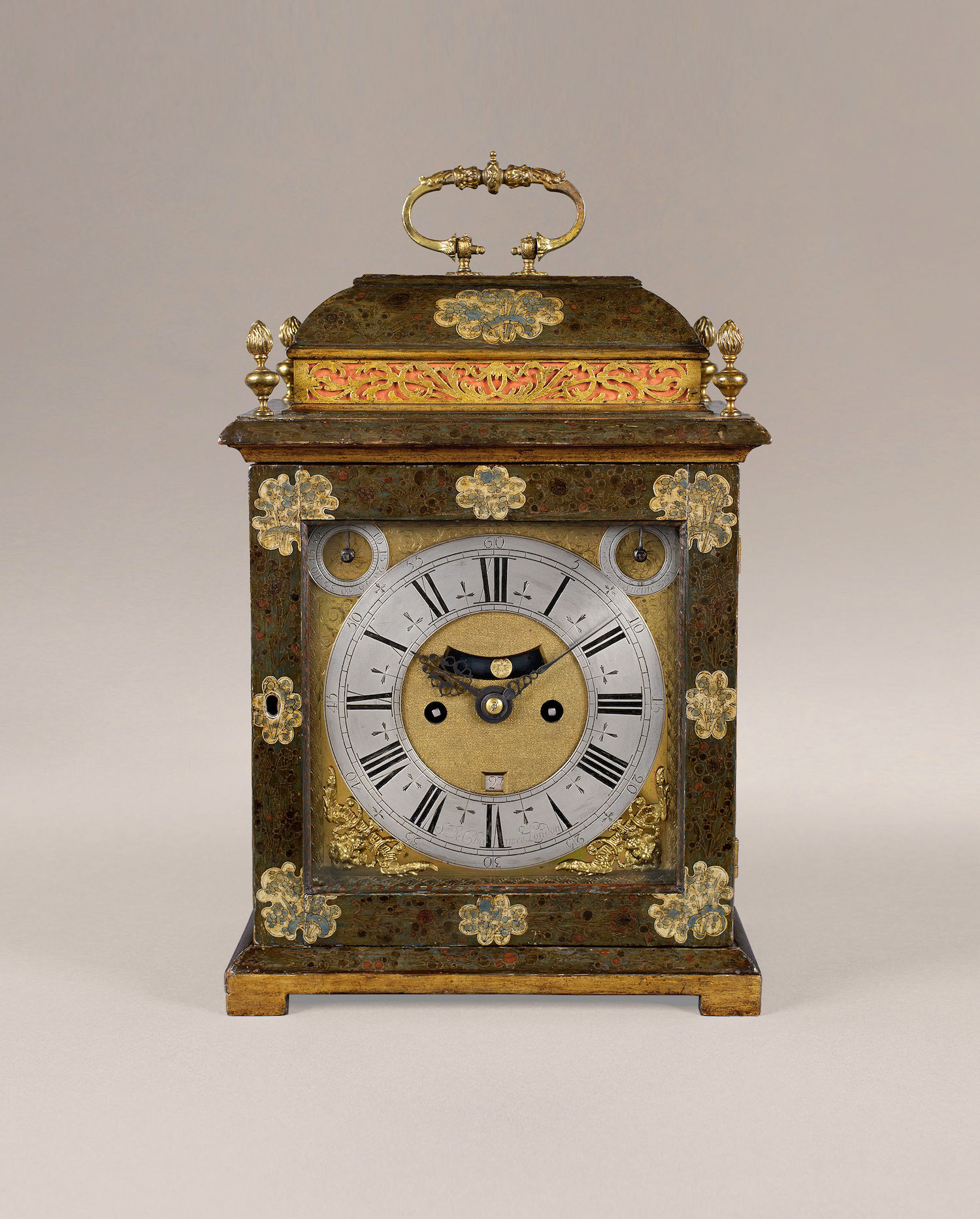 An extremely rare green lacquer bracket clock by this well-known maker. The fully restored 8-day movement has hour strike and pull quarter-repeatwork on three bells. The brass dial has a dummy pendulum aperture, inset datework above VI o’clock and two subsidiary dials at the top for strike/silent and rise/fall. The finely wrought hands are of blued steel.

The backplate has a wheatear border and the centre is very finely engraved with flowers and foliage.

* Simon De Charmes was a French Huguenot clockmaker working in London. He became a Free Brother of the Clockmakers Company in 1691 and was active at the Sign of the Clock in Charing Cross until at least 1704.