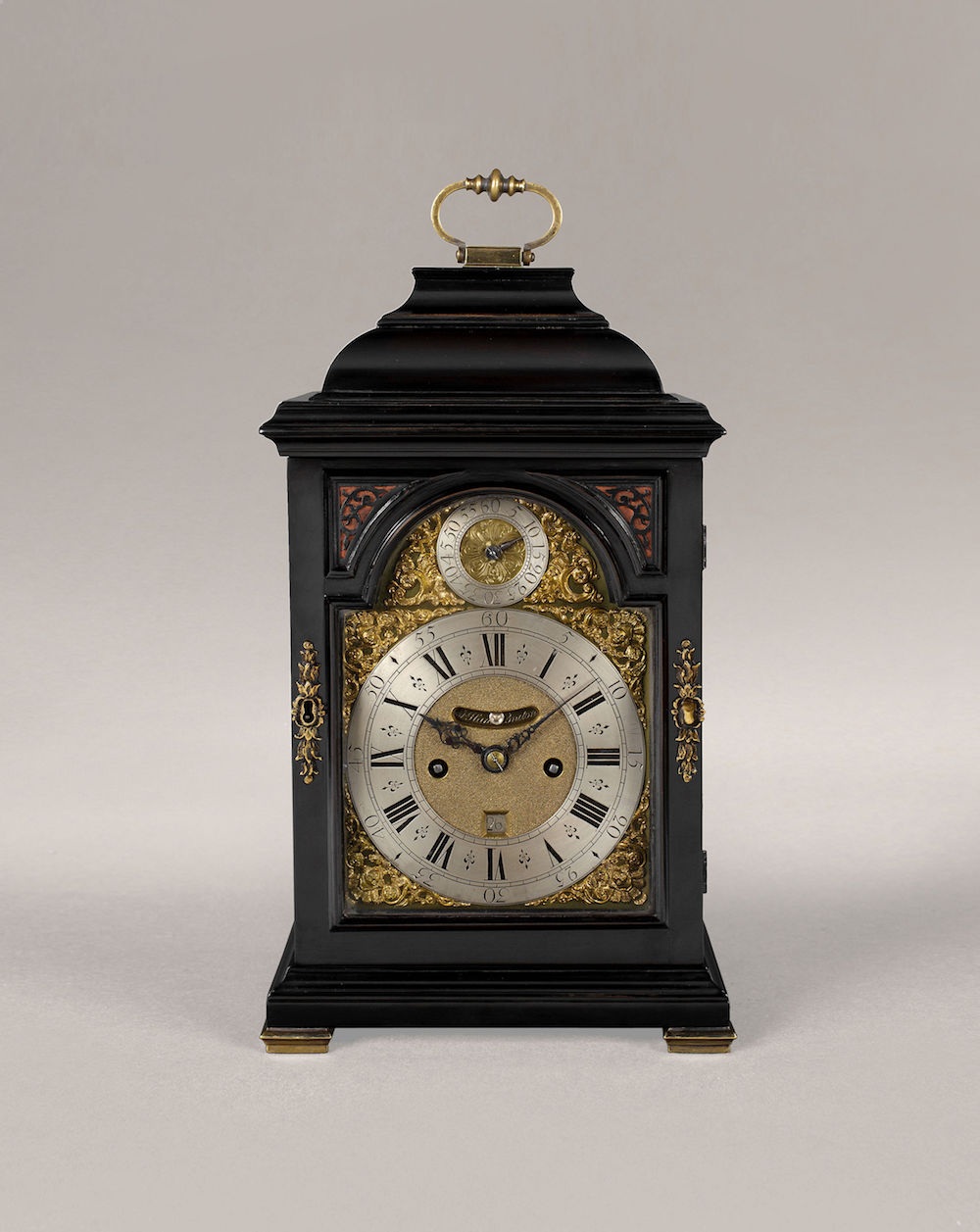 The elegant case stands on four block brass feet and has an inverted bell top surmounted by a knopped brass carrying handle. The 5.5 in (14cm) brass dial is mounted with female head and foliate corner spandrels and a silvered chapter ring with a subsidiary dial in the arch for Rise/Fall. There is a dummy pendulum in the middle of the matted centre and an inset date aperture above VI.

The substantial two train fusée eight day duration movement which fills the case has quarter repeat work on six bells with the hours sounded on a separate bell. It has a spring suspended verge escapement and the back plate is engraved with flowers, foliage, birds and a female bust set on a pedestal.

*Stephen Hanet is listed on page 343 of Brian Loomes’ Clockmakers of the World: 21st Century Edition as working in London between 1725 and 1750. A watch by him was found in the wreck of the ‘Chameau’ which sank off Nova Scotia in 1725.

STEPHEN HANET. A FINE GEORGE I...