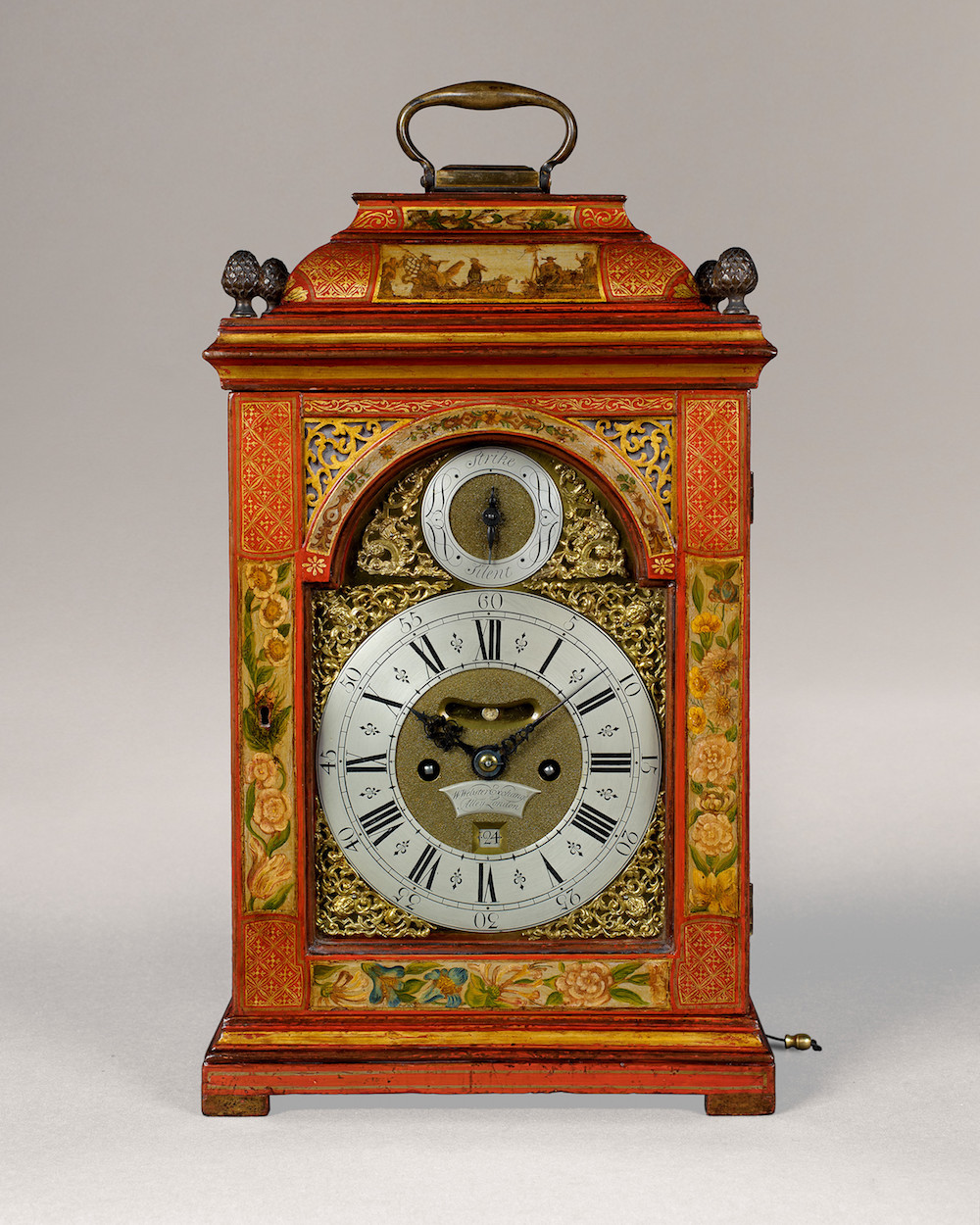 The finely mounted brass dial has a silvered chapter ring with Roman hours and Arabic minute markers and the makers’ signature is on an applied silvered disc above VI and the inset date aperture. There is a subsidiary Strike/Silent dial within the arch and the blued steel hands are finely pierced. The gilt brass spandrels to the dial corners and the arch are well cast. Inside the door, the dial mask is beautifully painted and decorated with flowers and foliage.

The outstanding red japanned case has an inverted bell-top surmounted by a brass carrying handle and four acorn finials. The red, cream and gilt lacquer work is in pristine condition and has a beautiful mellow colour. The decorative panels at the front and back have flowers and leaves on a cream ground and on the inverted belltop there is an extra panel with oriental figures in a rustic setting.

*The Websters were one of the great clockmaking dynasties of the 18th century. William Webster Senior was an apprentice and journeyman of Thomas Tompion before setting up in Exchange Alley on his own account. He was succeeded by his equally brilliant son, also William, and his grandson of the same name who was active until circa 1800. This clock both in its superb case and refined movement attests to the top quality workmanship one invariably sees in the work of William Webster, the son.