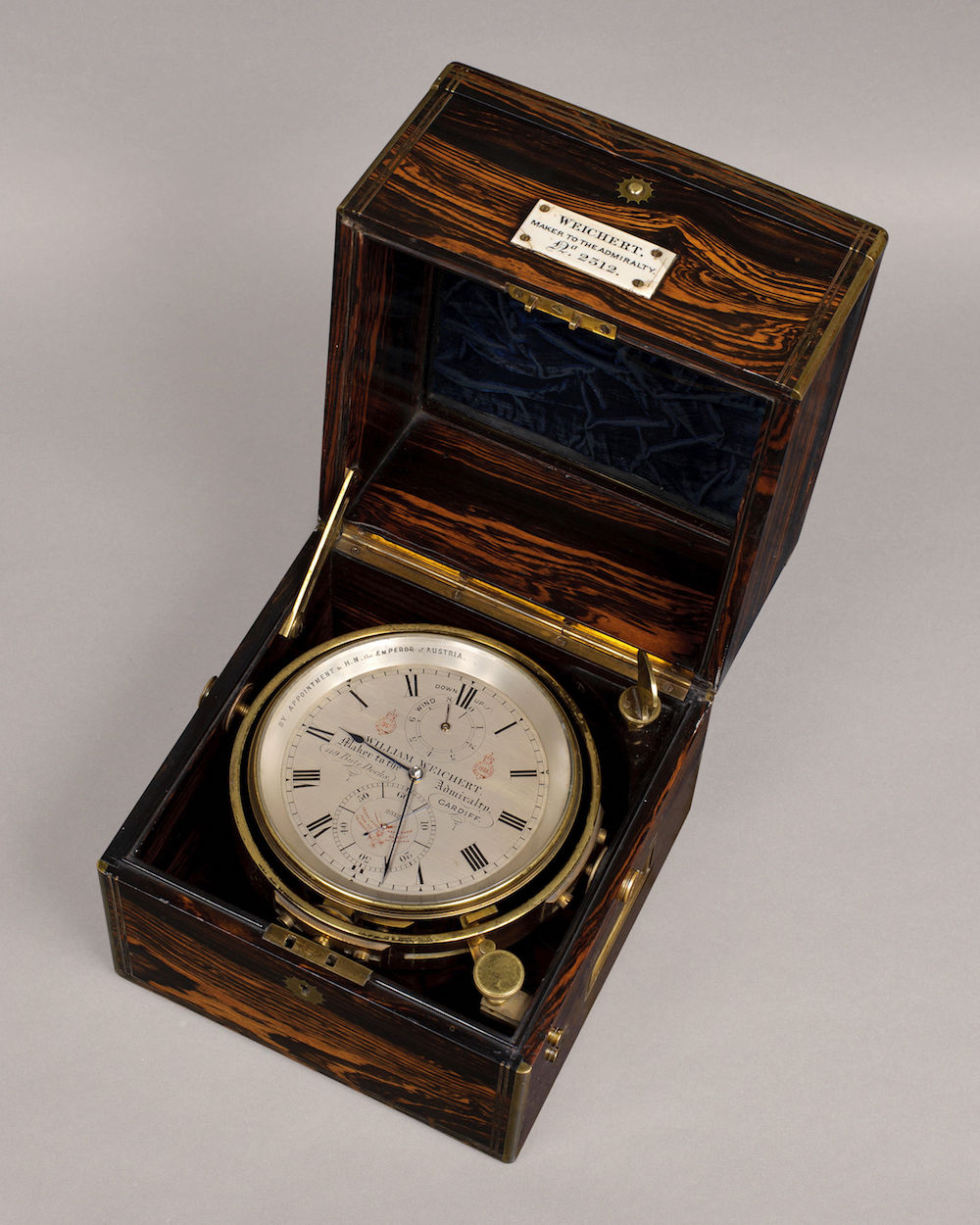 Signed on the sight ring 'By Appointment to H.M. the Emperor of Austria'.

The 4 ½” signed silvered dial with outer minute track and Roman numerals, the centre engraved and heightened in red wax with two Exhibition medals for Paris 1867 and Harve 1868, the state of wind subsidiary below XII and the running seconds at VI further signed 'GOLDEN CROSS AND CROWN FROM HIS MAJESTY THE EMPEROR OF AUSTRIA', with blued steel hands, in a gimballed bowl with tipsy key, the spotted gilt movement with freesprung helical spring with diamond endstone to a cut and compensated bimetallic balance, set on a sub plate, with maintaining power to the chain fusee and Earnshaw spring detent escapement.