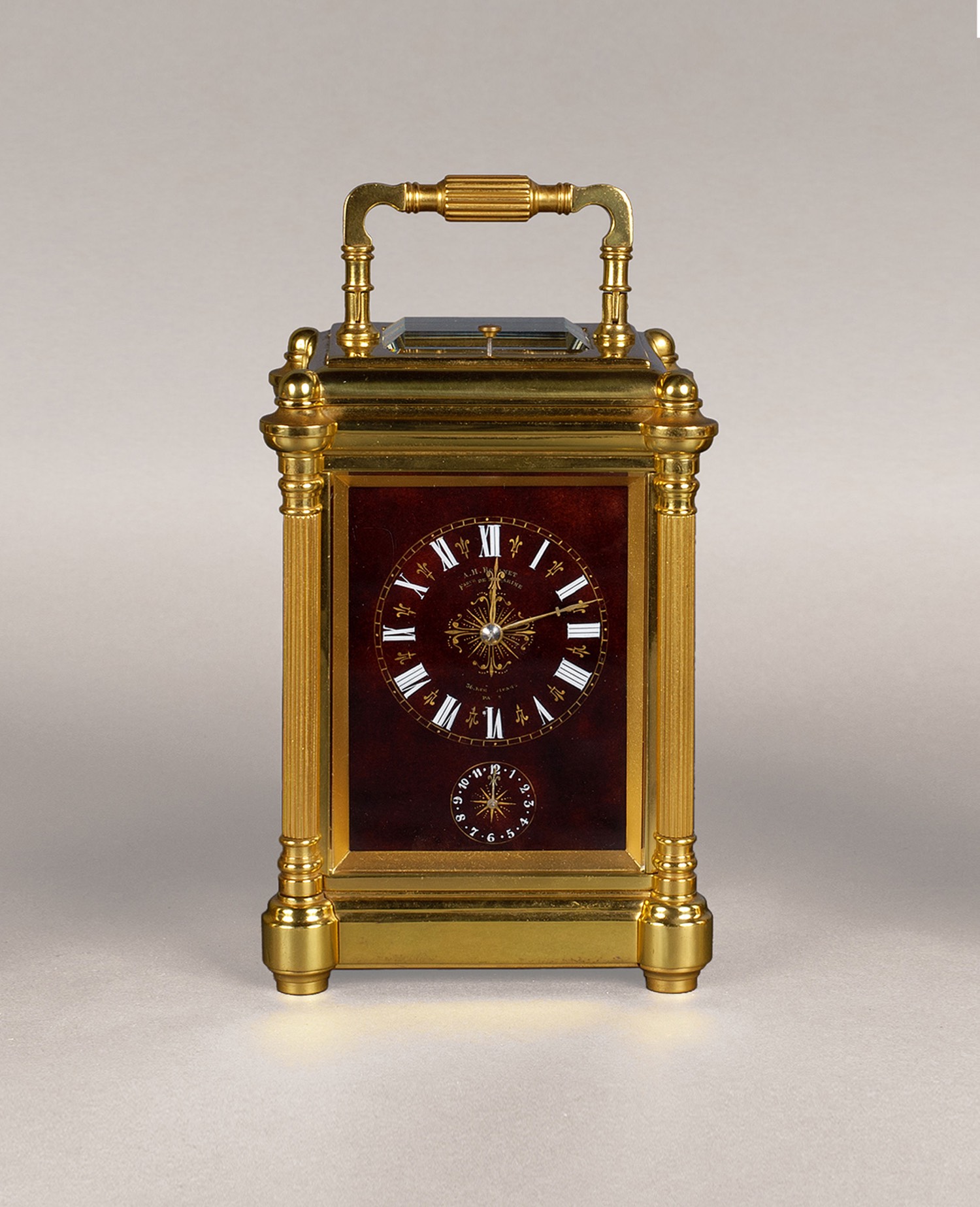 The dial has white enamel Roman Hour numerals within a gilt outer minute ring and is divided by gilt fleur-de-lys half-hour markers. It is signed A.H. Rodanet, Fournisseur de la Marine Paris below XII and above the starburst centre. The fine gilt brass hands appear to be original. There is a smaller subsidiary dial at the bottom for the alarm with Arabic numerals and a similar starburst centre with a single gilt brass fleur-de-lys pointer. The left hand side panel depicts a male courtier in fine colourful robes with gilt highlights. His female companion is depicted in the right hand panel with a gilt bag and peacock fan.

The 8-day twin barrel movement has a bimetallic balance and strikes and  repeats the hours and half hours on a gong. It is also signed A. Rodanet, Paris and is numbered 2599 on the backplate.

* A.H. Rodanet was a fine clockmaker and the son of Julien Hilaire Rodanet who was famous for watches, marine chronometers and carriage clocks. He worked in Rue Vivienne, Paris from 1870 until his death in 1907.