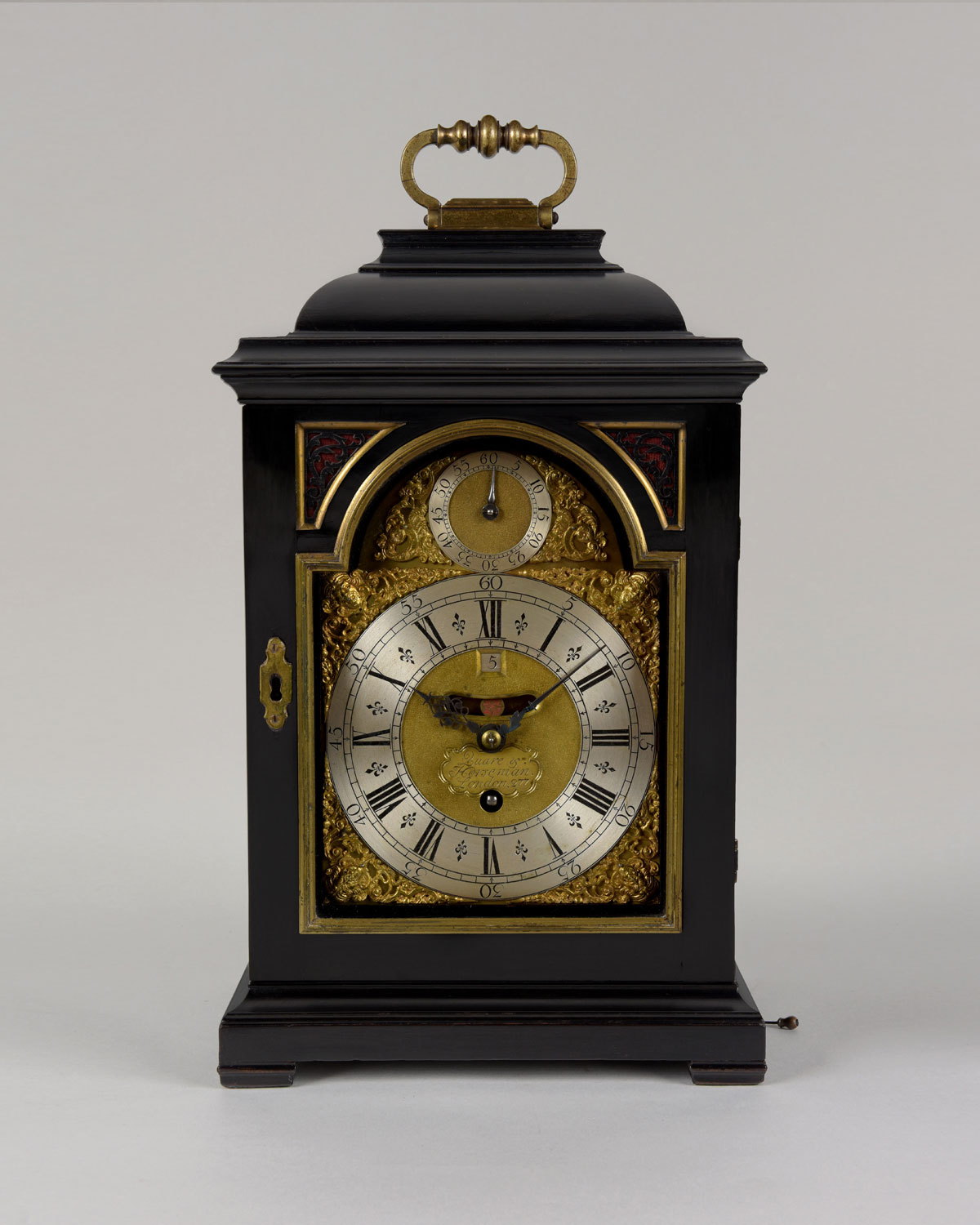 The case is of the classic early ‘shallow arch’ variety of which Daniel Quare was the most noted exponent.  It has an inverted bell top with its original turned knopped brass carrying handle.  The ebony and brass mouldings are of particularly fine quality as are the finely carved ebony sound frets.  The overall proportions of the case are excellent.

The 6 inch arched brass dial has a very fine matted centre and the makers’ names along with the number 277 are engraved on a cartouche in the centre below the dummy pendulum aperture.  There is a calendar aperture below XII and a subsidiary dial for Rise/Fall in the arch.  The blued steel hands are finely wrought and the gilt corner spandrels are beautifully finished.

The foliate engraving of the backplate with its wheatear border has a cornucopia of flowers and the makers’ signatures are set within a central cartouche.

*  Daniel Quare was born c. 1647/48 and was one of the two or three most eminent [early 18th century] English clock and barometer makers.  He was a Quaker who became Master of the Clockmakers’ Company in 1708.  After 1708 he took on Stephen Horseman as his partner until the latter became bankrupt in 1733.  This fine example of their joint work dates from about 1718.