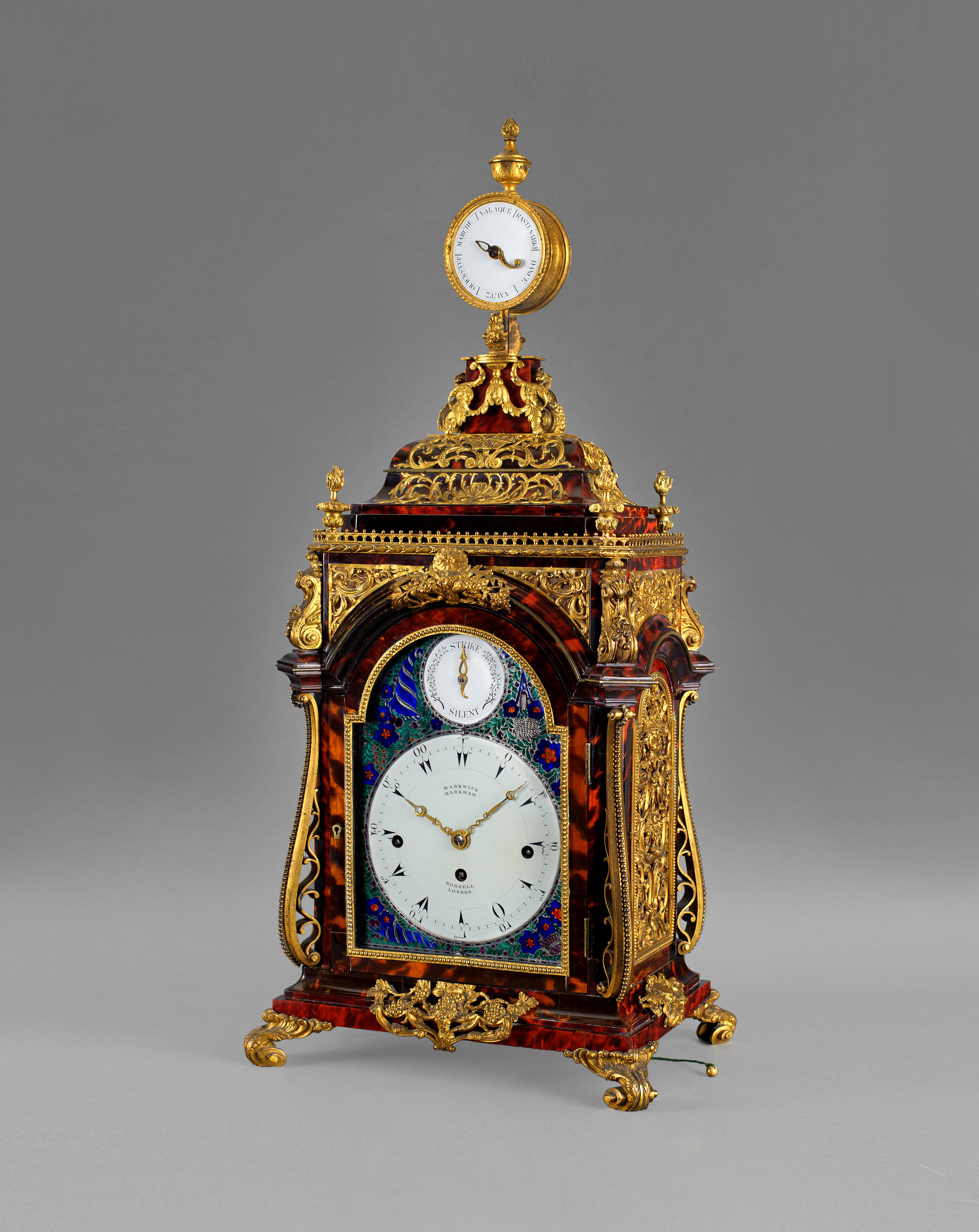 Origin
London
Date
Circa 1795
A magnificent George III musical clock made specifically for the Ottoman Market at the time that the English trade with the Ottomans peaked.

The palatial case is veneered with turtle shell and profusely decorated with entwined ormolu mounts and flanked by scroll corbels. The whole rising to a pedestal supporting a cylindrical tune selection dial with a flambeau finial above. This clock is the only known example to feature a tune selector of this design. The white enamel tune selection, with gilt indicator, offers a choice of six tunes.

The break arch dial is mounted with two enamel discs set within green, blue and red enamelled silvered panels depicting cornucopia and flowers. The main dial indicates the chapters written in Turkish and signed Markwick Markham below twelve o’clock and Borrell, London above six o’clock. The upper dial gives a strike/silent option. All the pointers are of finely pierced and engraved gilt brass.

The 8-day, three train, fusée movement has a half dead beat escapement with knopped pillars separating the substantial plates. The chosen tune of six is played on nine bells struck by twelve hammers. The tune can be repeated at will. The hours are sounded on a single large bell attached to the backplate and there is a separate pull repeat for the hours.

* Henry Borrell is recorded as working at 8 Aldersgate Building in 1795 and at 15 Wilderness Row 1795 to 1840. He was a celebrated maker specialising in musical clocks, many of which were made for the Turkish market. Examples of his work are illustrated in Cescinsky and Webster and also in Britten.
Signed / Inscribed
'Markwick Markham' below twelve o’clock and 'Borrell, London' above six o'clock
Read More Close
Call Us
Make An Enquiry
Make An Enquiry