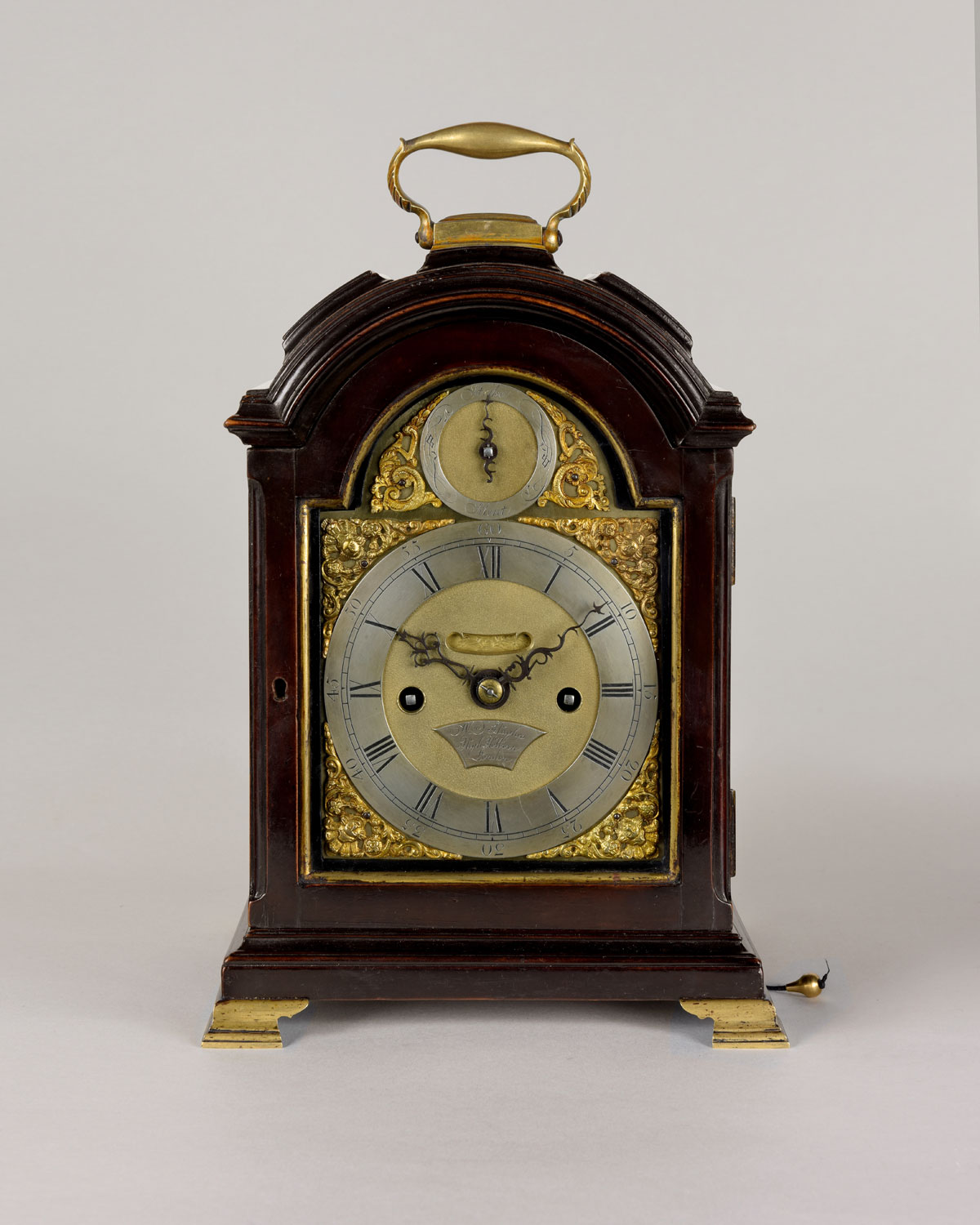 The 5  x 6 ¾ inch arched brass dial has brass foliate corner spandrels with Indian heads, a finely matted centre with a central dummy pendulum aperture. The maker’s signature is on an applied disc above VI. Within the arch there is a subsidiary strike/silent dial.

The movement has five baluster pillars, twin fusees and a going train with knife edge verge escapement and pear-shaped bob pendulum. The strike train is controlled by a rack and snail for sounding the hours on a single bell.

The backplate is exquisitely engraved with foliate and floral scrolls and centred by the maker’s signature within a floral and foliate lambrequin.

* William Hughes is listed on page 399 of Brian Loomes’ Clockmakers of the World: 21st Century Edition as working in London between 1766 and 1794. He was known for making watches for China.

Small striking bracket clocks of this quality and originality are increasingly rare and highly sought after by collectors.