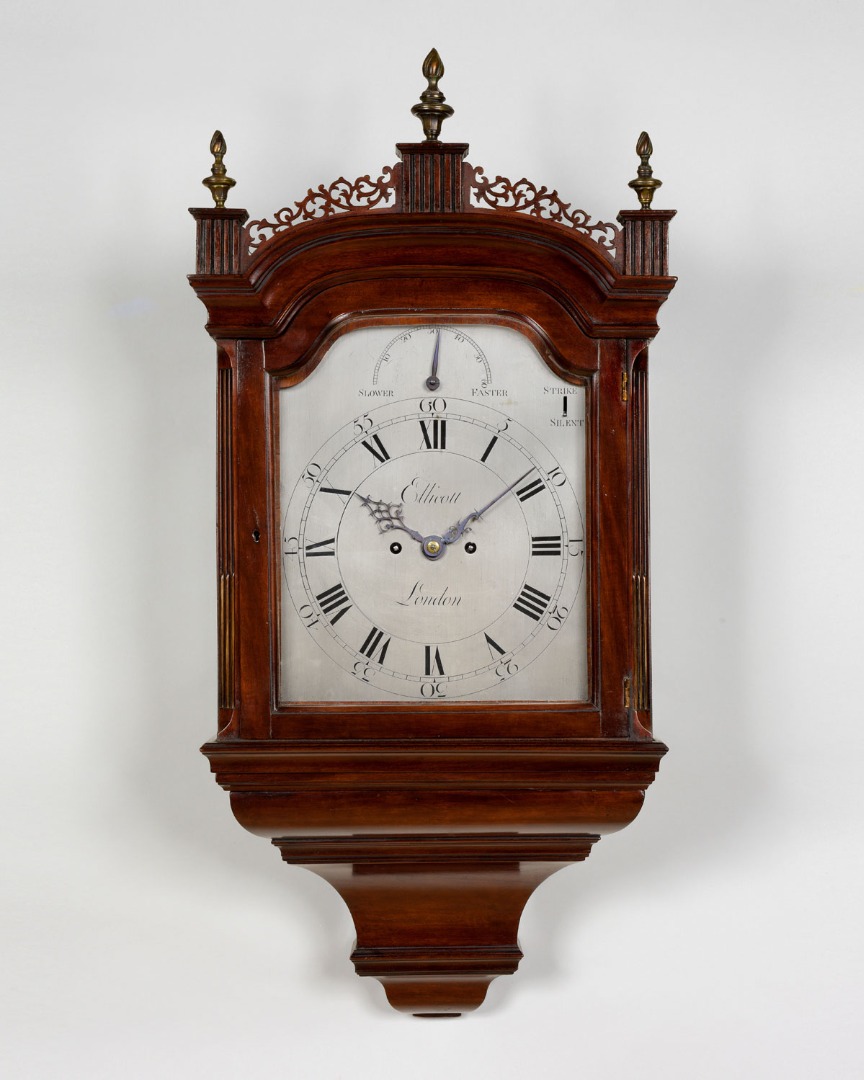 The 10-inch silvered brass dial has Roman hour numerals and Arabic minutes and well pierced blued steel hands. There is an unusual strike/silent option to the right of I o’clock and a 0-60 slower/faster semi-circle above XII in the shallow arch. The dial is signed by the maker Ellicott, London in the centre.

* John Ellicott is respected as one of the most eminent clockmakers of the 18th century and as a great inventor. He was born in 1706. Like his peer, George Graham, he became a member of the Royal Society for which he wrote several papers.   He made many precision clocks and his work is included in museums and royal collections throughout the world. His workshop was established in Swithin's Alley, Royal Exchange. When he died in 1772 his son, Edward, succeeded to his business and the firm retained the title John Ellicott & Son.