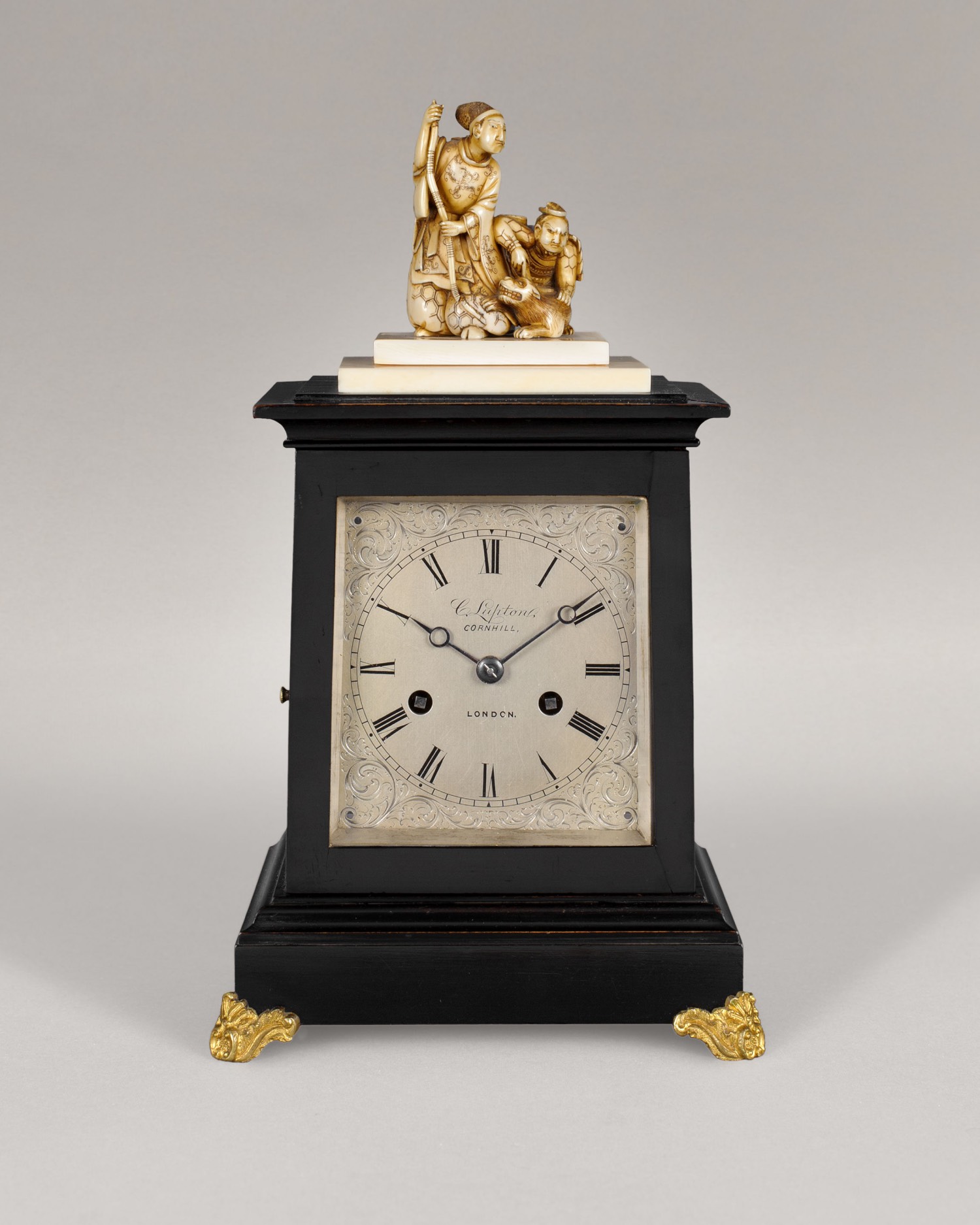 The 3½ inch square silvered dial is engraved with the maker’s name and address and it has a Roman chapter ring and original blued steel hands.

The high quality four pillar miniature movement has twin chain fusees and runs for 8 days. The platform lever escapement which is mounted horizontally on the top plate has timing screws and a blued hair spring. The movement also has hour strike on a gong and both trains are wound from the back plate. The movement backplate is also signed by the maker.
The elegant miniature four-glass case is veneered in ebonised pearwood and stands on four original gilt brass feet. It comes complete with a bespoke velvet lined mahogany carrying case.

* Charles Lupton is listed on page 497 of Brian Loomes’ Clockmakers of the World: 21st Century Edition as working in London between 1860 and 1895.

This clock is one of the smallest striking four-glass clocks with platform lever escapement we have handled.
Signed / Inscribed
C. Lupton. CORNHILL, LONDON.
Read More Close
Call Us
Make An Enquiry
Make An Enquiry