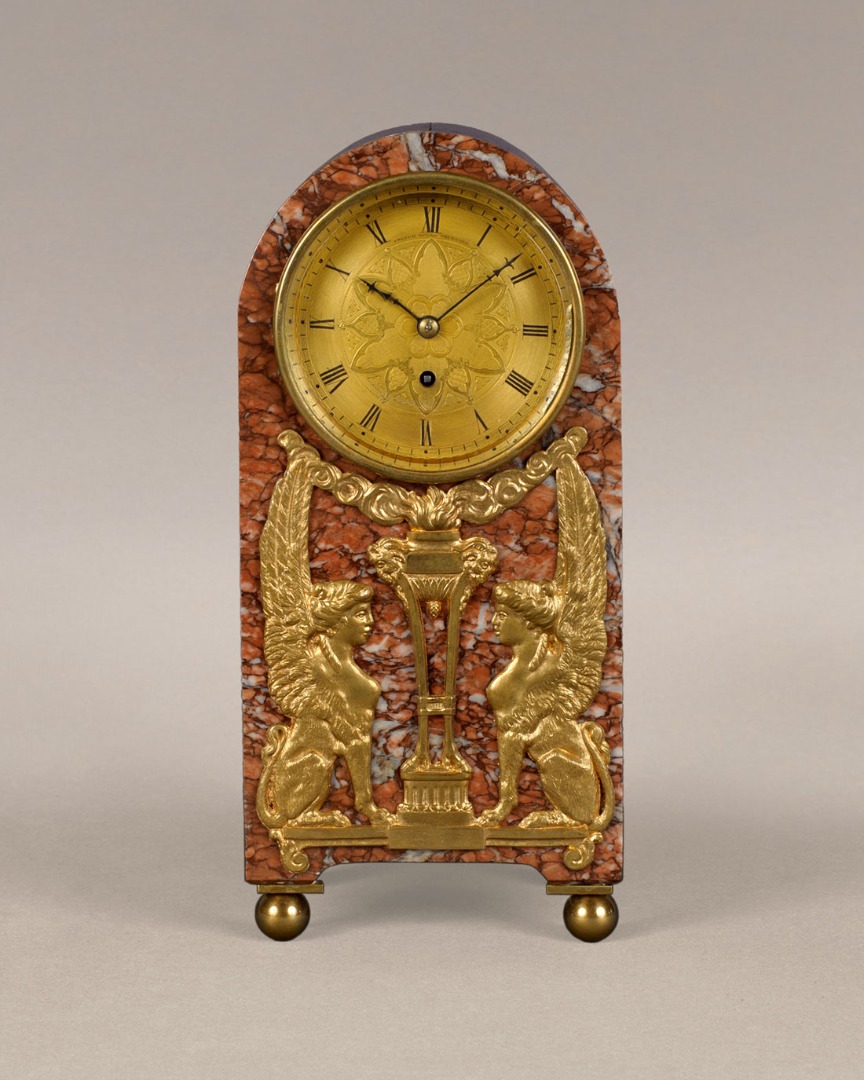 The single fusee plated movement is signed by the maker on both the backplate and the dial and runs for a week.

The beautiful gilt brass engine turned dial has its original blued steel hands and Roman hour numerals with an outer band for the minutes.

*  The clockmaking dynasty by the name of French are recorded as having had their workshops at the Royal Exchange, London between 1810 and 1919. This clock was most probably made by Santiago James Moore French. He was a member of the Clockmakers' Company and was active between 1810 and 1844.