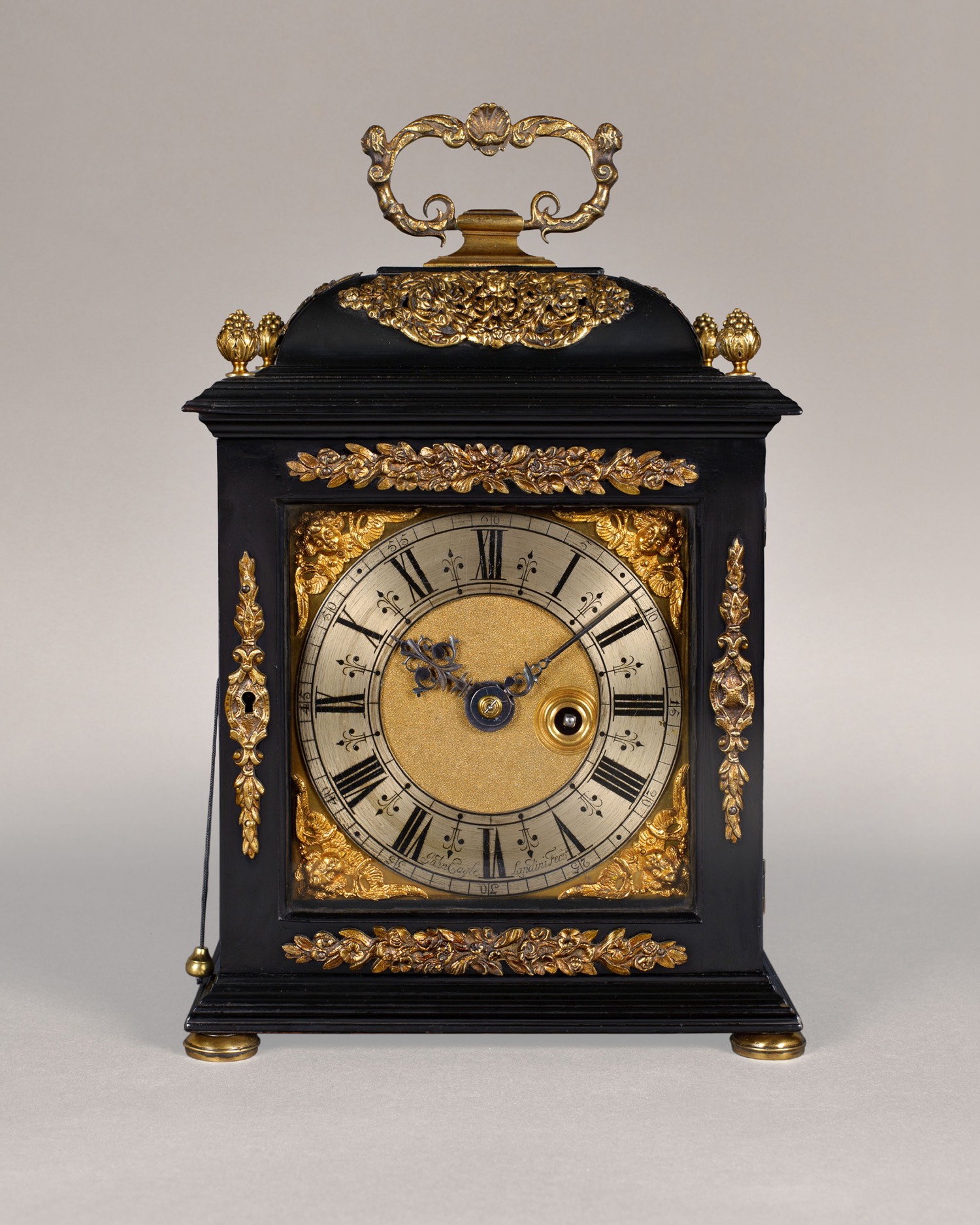 A fine late 17th century ebony and gilt mounted timepiece bracket clock by John Eagle whose work bears many similarities to that of Joseph Windmills.

The 6 inch square dial is mounted with a silvered chapter ring and winged cherub spandrels to the four corners. The dial centre is matted and has a single ringed winding hole and it has finely pierced blued steel hands. The maker’s signature John Eagle Londini Fecit is engraved between VII and V on the raised chapter ring.

The restored verge movement runs for 8-days. There is pull repeat-work for sounding the hours and quarters on 2 bells. The back plate bears the maker’s signature in a cartouche and is exquisitely engraved with tulips and scrolling foliage and the heart-shaped back cock is well engraved.

The oak case of rare small size which is veneered with ebony, stands less than 12 inches high and is in the classic style of table clocks by Daniel Quare and Joseph Windmills. Standing on four brass bun feet and with a shallow dome top, the case is surmounted by a knopped and scroll carrying handle also in the manner of Daniel Quare and has finely cast gilt mounts.

*John Eagle is recorded on page 169 of Brian Loomes’ Clockmakers of Britain 1286-1700’ as working in London between 1690, when he was made free of the Clockmakers’ Company, until 1715. He had previously been apprenticed to John Wheeler