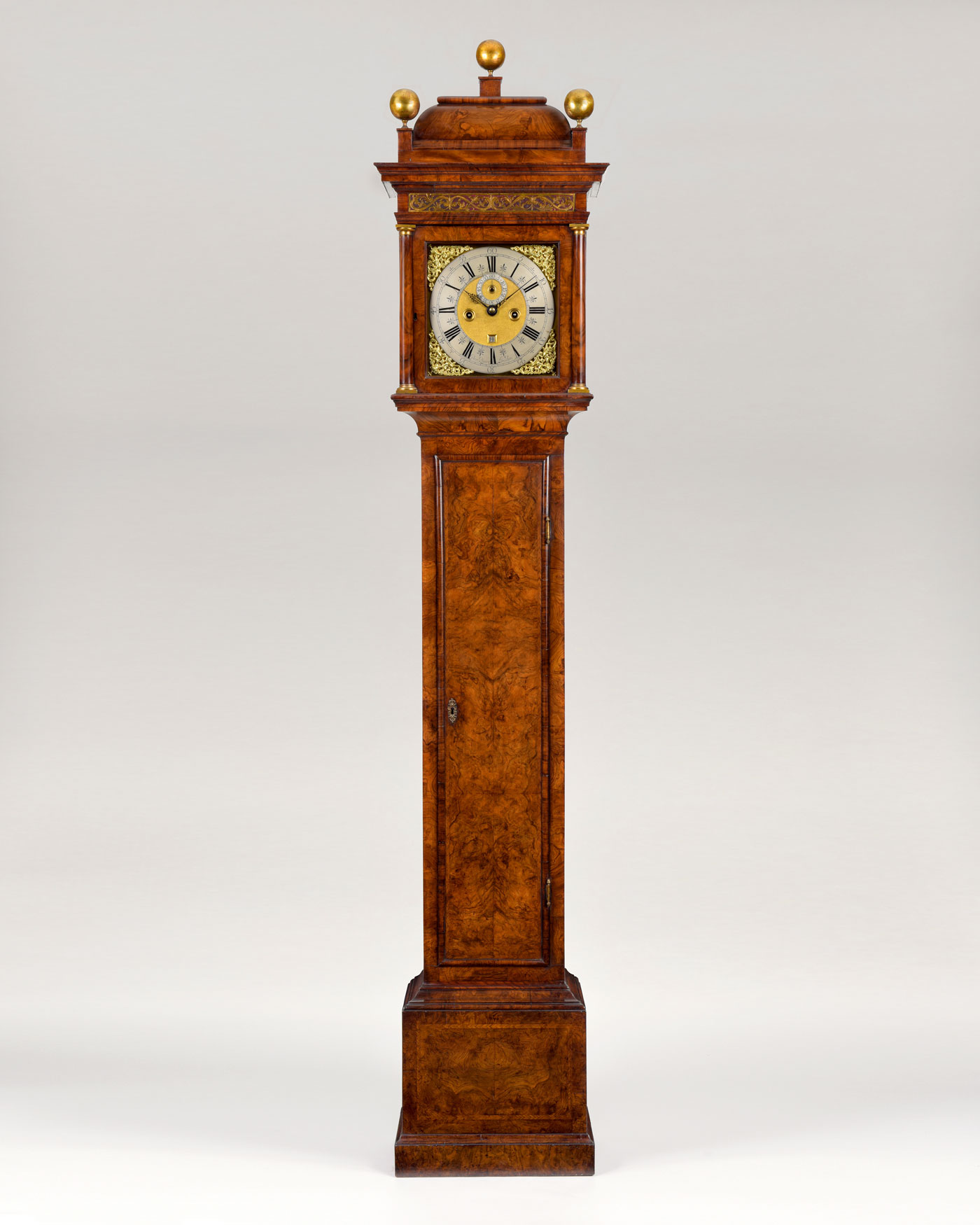 A good month duration longcase clock by this famous Royal clockmaker, the case in finely figured walnut with excellent colour and patination. It also retains its original intricately pierced brass sound frets to the front and sides of the hood, a rare feature.

The substantial month duration movement is an example of Quare’s finest work. The striking and going trains are reversed with reverse wind and the clock sounds the hours on a single bell.

The 11 inch (28 cm) square brass dial is mounted with finely cast crown and cherub head spandrels. The engraved chapter ring and subsidiary seconds dial have a silvered finish and the dial centre is finely matted with an aperture to view the day of the month above VI.

* Daniel Quare is one of the great names from the finest period of English clockmaking and a worthy contemporary of Thomas Tompion, George Graham and Daniel Delander. He was born circa 1647 and became a Brother of the Clockmakers' Company in 1671. He went on to serve as Master in 1708. In about 1707 he took on Stephen Horseman as a partner and he continued the business after Quare's death in 1724. Daniel Quare's reputation rests largely on the fact that he was a great innovator. He and Tompion were the first to make some highly important walnut longcase clocks of year duration showing the equation of time and other complications. One of these is now in the Ilbert Collection in the British Museum. He was also successful in a judgement made by James II in 1688 for a Patent for a repeating watch, his rival being the Rev. Edward Barlow. Among his other inventions was a portable barometer and many superb examples exist in important collections today.

Quare was an arch rival to Thomas Tompion but as a practising Quaker he would not sign any oaths of allegiance. This prevented his appointment as Clockmaker to the King. Nevertheless, he was a regular visitor at the Royal Palace and was 'free of the back stairs'. He had a highly successful business and counted many members of the nobility and foreign ambassadors amongst his clientele.