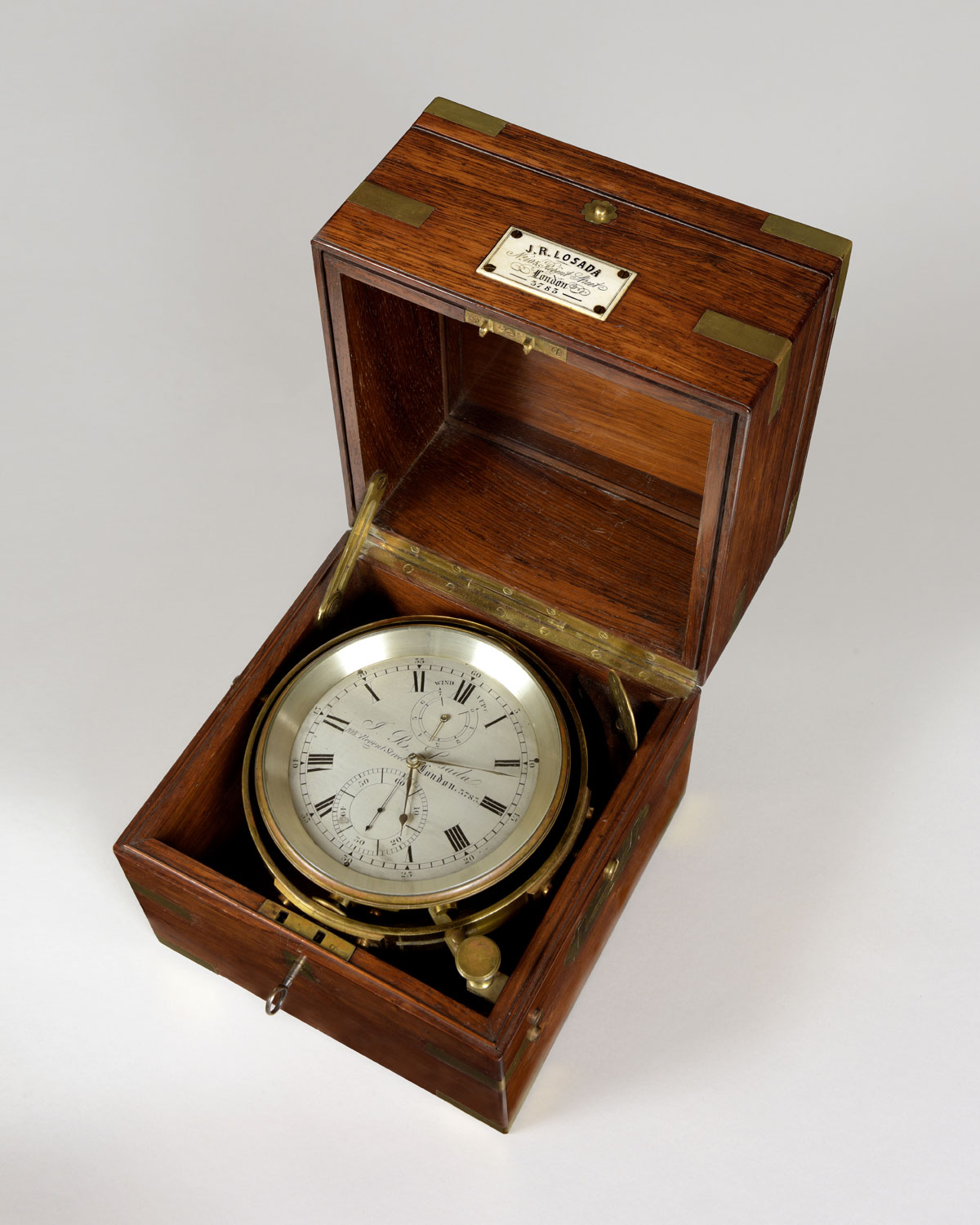 A fine 8-day marine chronometer by this famous Spanish clockmaker working in London.

The three-tier brass mounted mahogany case has two recessed handles and a rectangular bone plaque with the maker’s name and address with the chronometer number 3783. The hinged lid has a glazed observation panel, the brass gimbals with locking lever, and numbered brass bowl with cast convex brass bezel.

* Jose R de Losada is listed on page 492 in Brian Loomes’ Clockmakers of the World: 21st Century Edition.  This pre-eminent chronometer maker worked “By appointment to several Royal courts” and specialised in selling to Spanish speaking markets. He is quoted by Rupert T. Gould R.N. in his famous book The Marine Chronometer: Its History and Development on page 104 “In 1864, as the result of a competitive trial, there were purchased 38 chronometers made by J.R. de Losada (a Spanish maker resident in London, where he acquired a considerable reputation).”

Jose Rodriguez de Losada  was born in Spain and at one stage was attached to the court of Madrid. He then emigrated to England where he worked initially for James Moore French. He made movements for Kullberg and James Poole and continued to make chronometers and clocks for the Spanish government and the Royal Observatory at Cadiz and had a number of high honours conferred on him by Queen Isabella II.