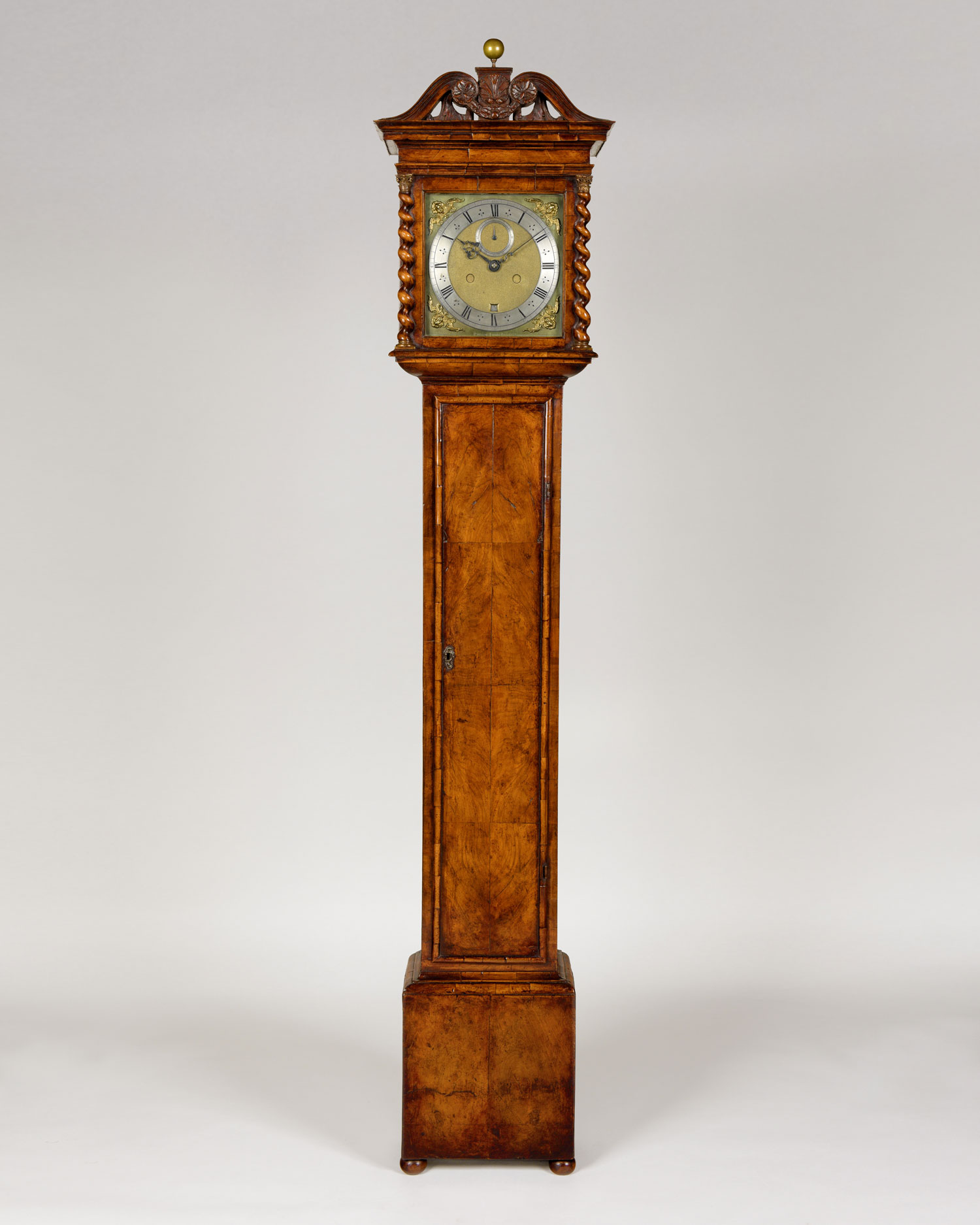 The finned five pillar movement which strikes the hours on a single bell has bolt and shutter maintaining power and has the characteristic early countwheel on the outside of the backplate. It is of 8 Day duration.

The slender proportioned early case has beautiful matching figured walnut veneers and original untouched patination. The hood with its swan necked cresting has attached barley twist pillars to the front and rear. It is now pull forward having been a rising hood.

*Richard Lyons was born in London in 1635 and began as an apprentice clock maker at the age of 14. In 1656, now 21, Lyons completed his apprenticeship and was married in the same year. From this point onwards, he took on a number of apprentices, notably Nathaniel Delander and Thomas Herbert. He was appointed Master of the Clockmakers’ Company aged 48. An interesting notice marked July 24, 1684, read: ‘Horse stolen or strayed- if notice given to William Hambleton or to Mr. Richard Lions, Clock-maker near Doctors-Commons, London, shall have 40s. reward.’ His watches and longcase clocks are signed ‘Richard Lyons, London.’