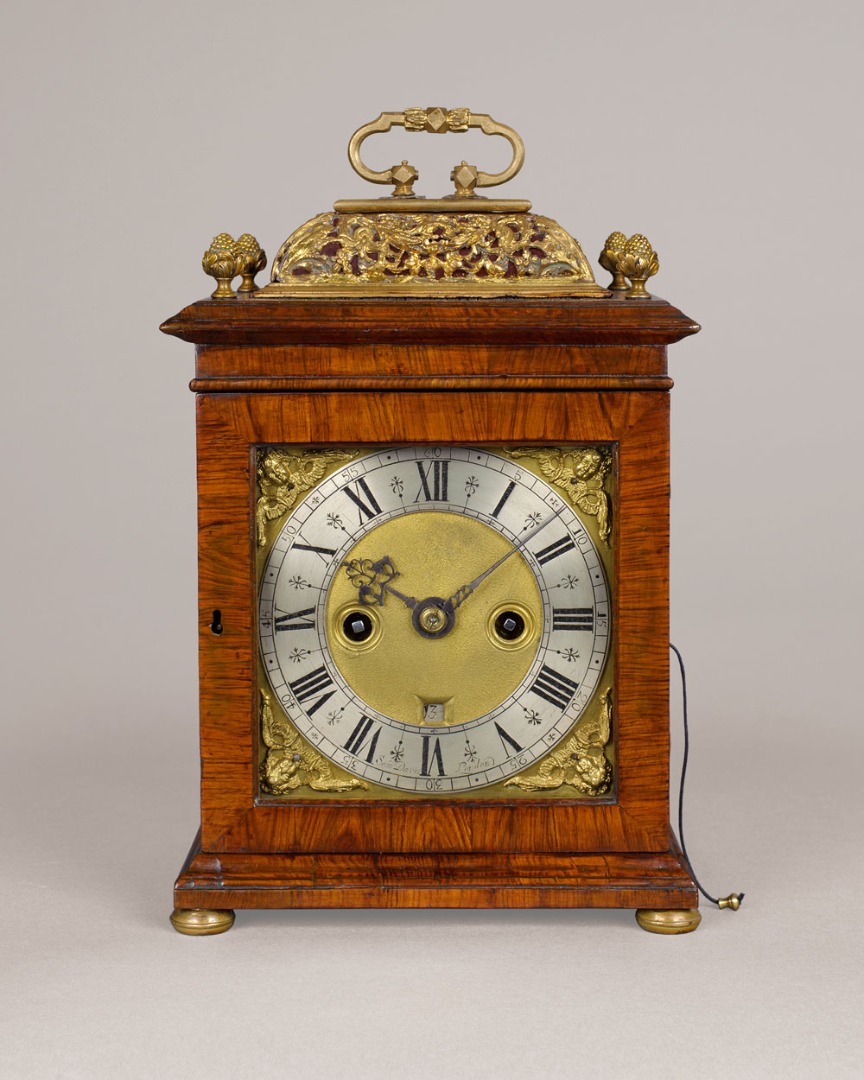 The small flamboyant case stands on four brass bun feet and has a gilt brass repoussé basket top supporting the carrying handle.  The basket is flanked to the four corners with unusual pineapple finials.

The 6 in (15 cm) square dial is mounted with wing cherub spandrels and a raised silvered chapter ring and has ringed winding holes in the matted centre. The inset date aperture is set above VI.

The two train fusée eight day duration movement has restored quarter repeatwork  on a single bell  with the hours sounded on a separate bell.  The escapement is verge and the backplate is profusely engraved with a vase of flowers and foliage and an elaborate wheatear border.  The external clickwork is set at the bottom. The chapter ring is signed Sam Davis, London.

* Sam Davis was working in Lothbury in the City of London from 1647/8 until his death in the 1690s. He also had a son of the same name who predeceased his father.

B. Loomes, Watchmakers and Clockmakers of the World: Complete 21st Century Edition,