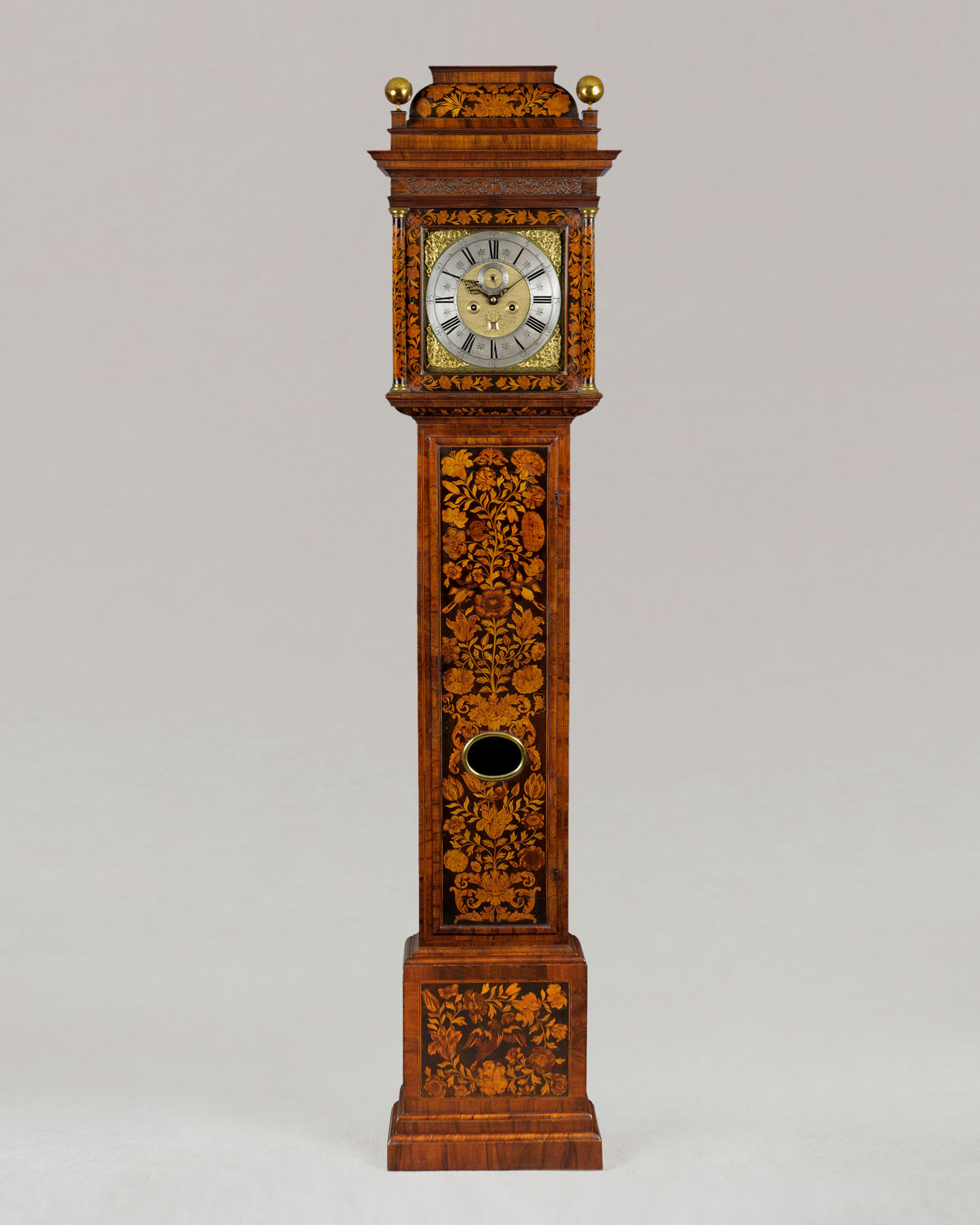 The elegant  slim caddy top case is veneered with walnut and decorated with coloured scrolling flowers and foliage marquetry set against an ebony veneered background. The case mouldings and the delicate sound frets are in finely figured walnut and very well patinated. The hood retains its original caddy top and has two brass ball finials. There is an oval brass lenticle in the middle of the trunk door to show the swinging pendulum.

The 12 inch brass dial is mounted with a silvered chapter ring and has a finely matted centre with an inset date aperture above VI and subsidiary seconds dial below XII. The edge of the dial is engraved with a herringbone border and in the four corners there are gilt spandrels with cherubs holding up a crown and cross. The blued steel hands appear to be original.

The high quality five pillar movement runs for 8 days and has inside countwheel strike on a single bell. The clock is complete with a brass bob pendulum and two flat topped brass weights.

* Stephen Rayner is listed on page 459 of Brian Loomes’ The Early Clockmakers of Great Britain. He became a Brother in the Clockmakers’ Company in 1691 and is known to have worked until at least 1700. His workshop was said to be at Ye Dial, Bishopsgate Within.

B. Loomes, Clockmakers of the World: 21st Century Edition, p.642