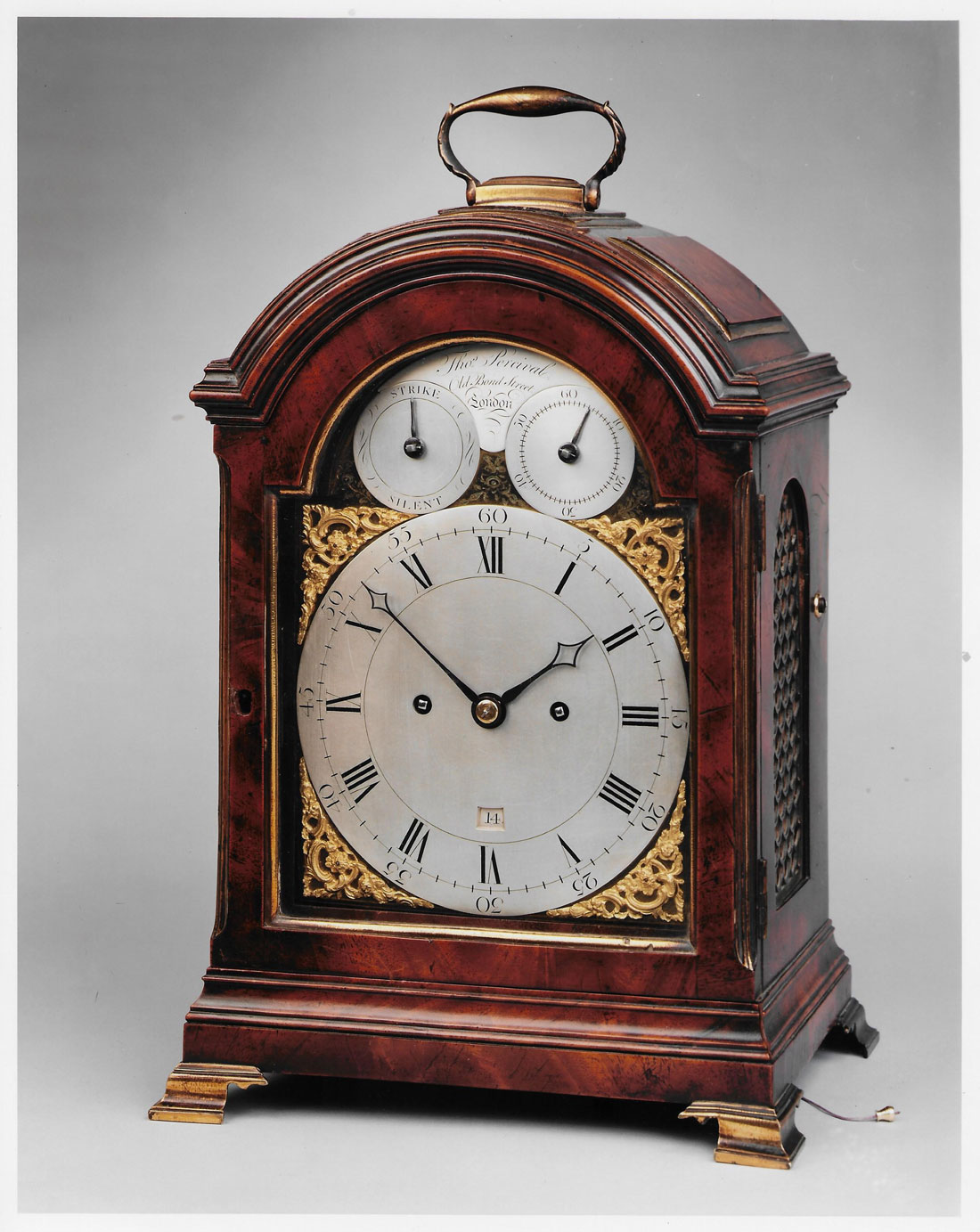 The brass dial 8-day movement strikes the hours on a single bell, has two subsidiary dials in the arch for strike/silent and rise/fall and the maker’s signature on an applied disc at the top. There is an aperture for the date above VI.  The movement has an original anchor escapement and strikes the hours with  pull repeat on a single bell. The backplate is exquisitely engraved with the maker’s signature Thos Percival, Old Bond Street, London set within a floral cartouche.

The moulded and veneered elegant mahogany case has a wonderfully patinated surface and colour and the arched top has three raised brass moulded wooden  panels with a central carrying handle.

* Thomas Percival was an excellent maker and is listed on page 606 in Loomes' Clockmakers of the World: 21st Century Edition as working in Old Bond Street in the late 18th and early 19th century. We currently have a rare wooden drop dial mahogany wall timepiece by the same maker.