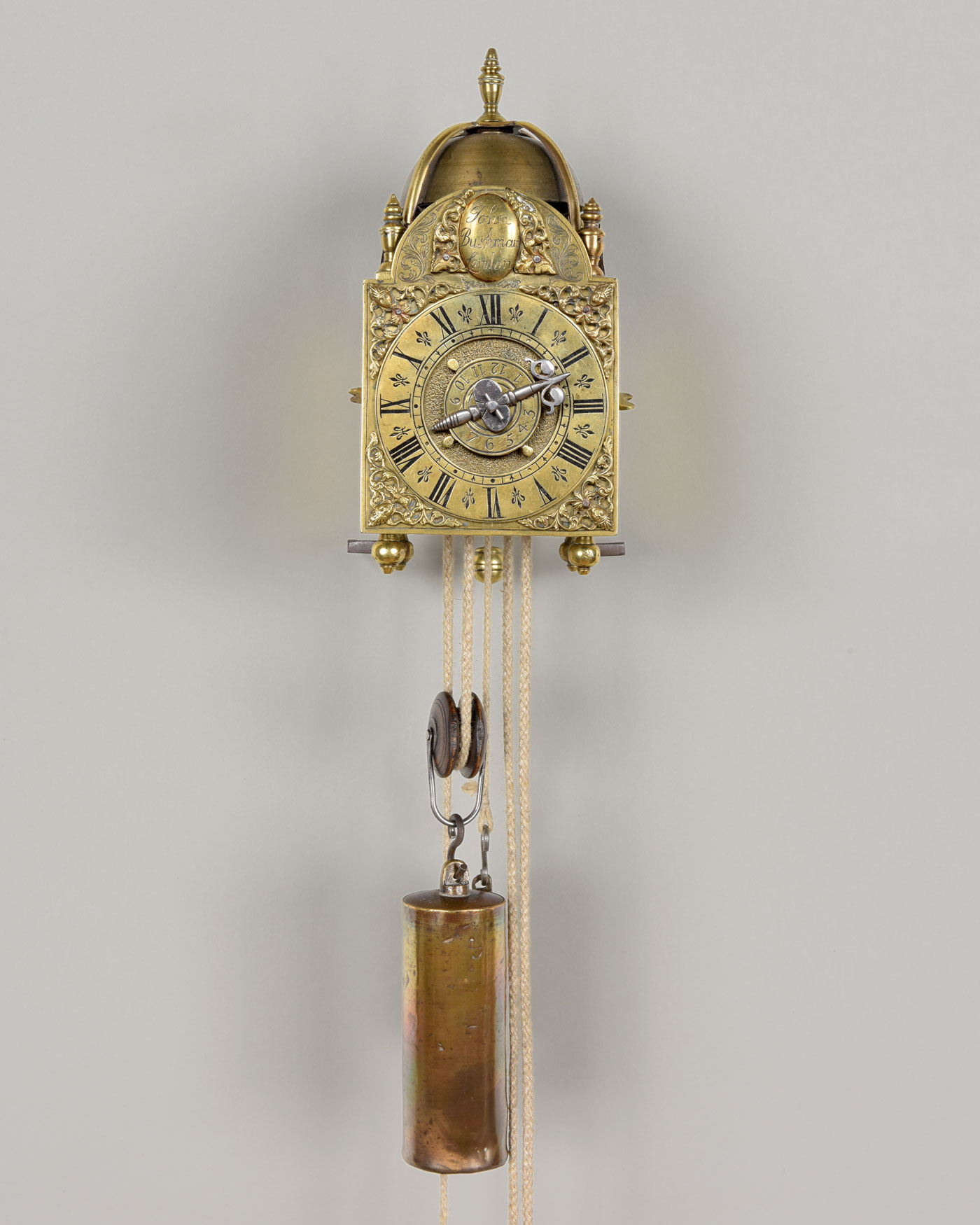 An exceptionally rare miniature 3 inch arched dial lantern clock by this well known Anglo-German clockmaker. The maker’s signature is set on a raised oval disc within the arch. There are raised masked head and foliate spandrels to each corner and there is an alarm disc within the matted centre. The exceptional steel fleur-de-lys hand appears to be original.

The short duration movement has a verge crownwheel escapement and countwheel strike on the hour. There is an additional train of wheels for the alarm work. The clock is mounted on the wall via a hoop and two steel spurs from the rear.

* John Bushman was active in London from 1682 until 1725. A contemporary description is quoted by R.W. Symonds in his book ‘Thomas Tompion, His Life and Work’. “We reached London at dinner time, that is after 2 o’clock, and in the afternoon we drove to the celebrated clockmaker’s Buschmann. He is a German and had been established first in The Hague and then for many years in England; he makes as good clocks as Quare’s or even Tompion’s which are much more expensive …”