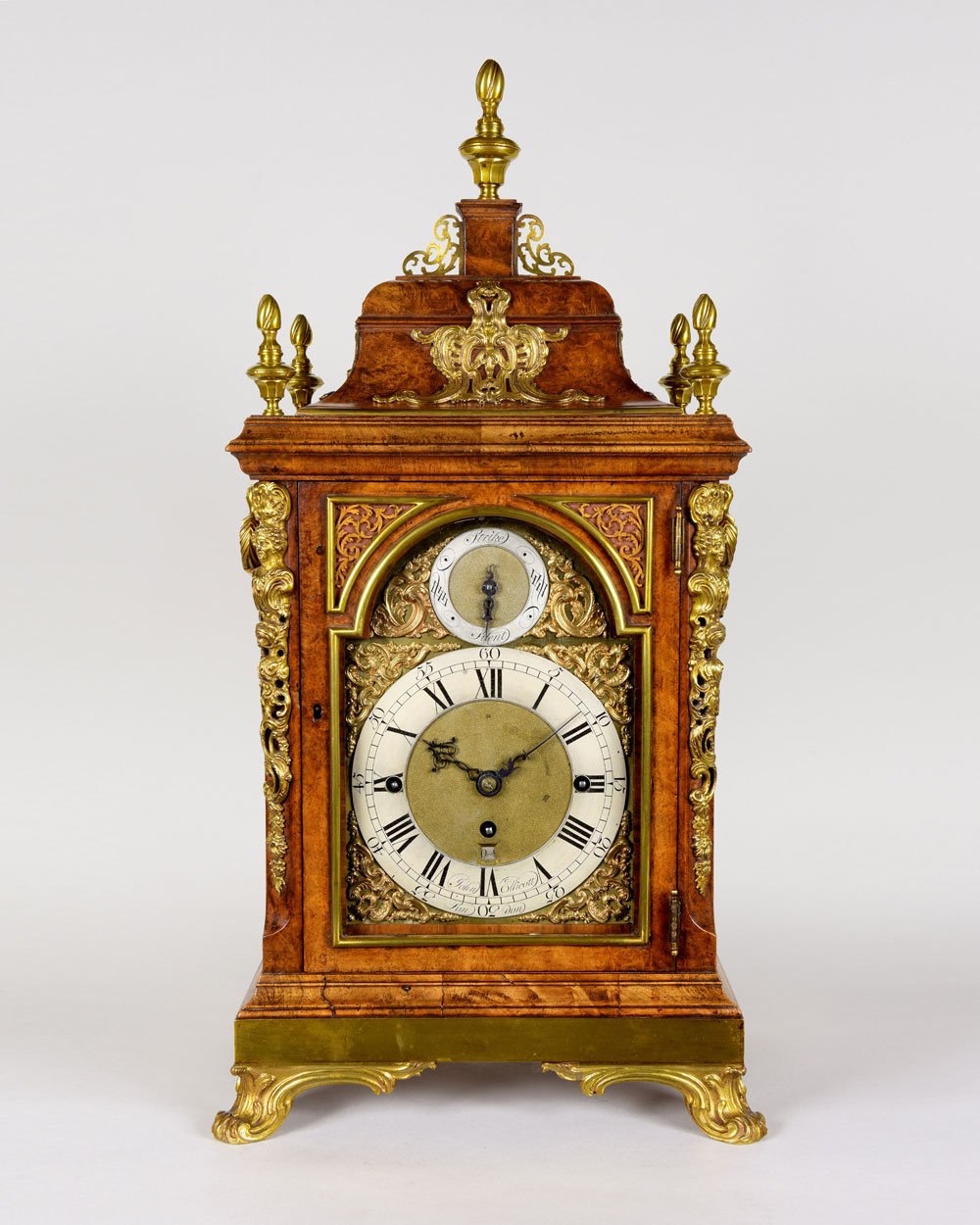 The elegant belltop case has applied gilt caryatids to each door corner, brass moulded windows, rococo brass feet and side carrying handles. The crossgrain walnut mouldings and burr walnut veneers are a beautiful mellow colour. The fine belltop has applied rococo foliate frets, four original flambeau gilt brasses to each corner and a large central flambeau finial on a central block with a pierced fretwork spandrel to each side.

The verge movement is of 8-day duration, strikes the hours on a single bell and chimes the quarters on a nest of 8 bells. The brass dial has a finely matted centre , foliate corner spandrels, inset datework and a subsidiary dial in the arch for strike/silent. The blued steel pointers appear to be original. The maker’s signature John Ellicott London is on the silvered brass chapter ring between VII and V.

The substantial movement largely fills the case and the backplate is exquisitely engraved with scrolling foliage and the maker’s signature Jn. Ellicott, London is engraved within the centre. The two brass fixing brackets have fine herringbone engraving.

* John Ellicott was born in 1706 and established his business in Swithin's Alley, Royal Exchange in 1728. He was the inventor of a compensation pendulum and he developed the use of the cylinder escapement. Like his peer George Graham, he became a member of the Royal Society, for which he wrote several papers. He was appointed Clockmaker to the King and he designed the London Hospital clock. He died suddenly in 1772 and was succeeded by his son. His work can be found in museums and royal collections throughout the world. Walnut table clocks of this quality and date are rarely found in such pristine condition.