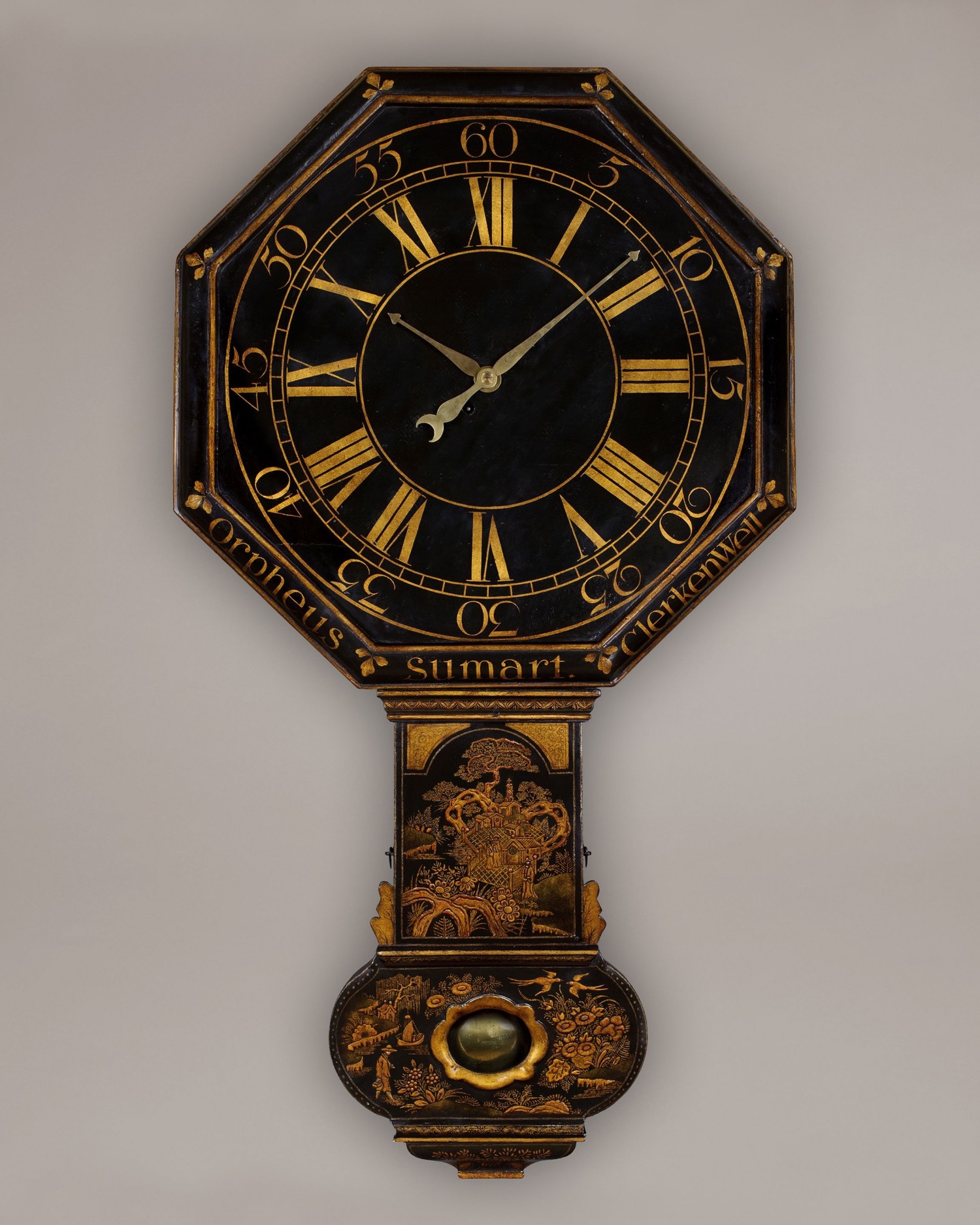 The exceptional case is in a very original state of preservation, retaining virtually all its black and raised gilt lacquer Chinoiserie decoration. It is decorated onto pine, as one would expect on a piece of George II lacquer furniture at the end of the early period. The case also has a number of very unusual features: the detachable trunk front and bombé shaped base with raised gilt lenticle, the gilt foliate ears at the base of the trunk door, the offset winding arbor and the absence of side viewing doors for the movement. The sides of the case are decorated with the more usual sprays of chrysanthemums.

The flat wood dial has a bold convex edge moulding with gilt foliate decoration and the maker’s signature. The chapter ring is very well laid out with Roman hours and outside five minute marks. The replaced brass hands have spade-shaped tips, the minute with counterpoise. The original eight day A-shaped movement has a long pendulum which hangs from the front plate and has an offset central winding arbor.