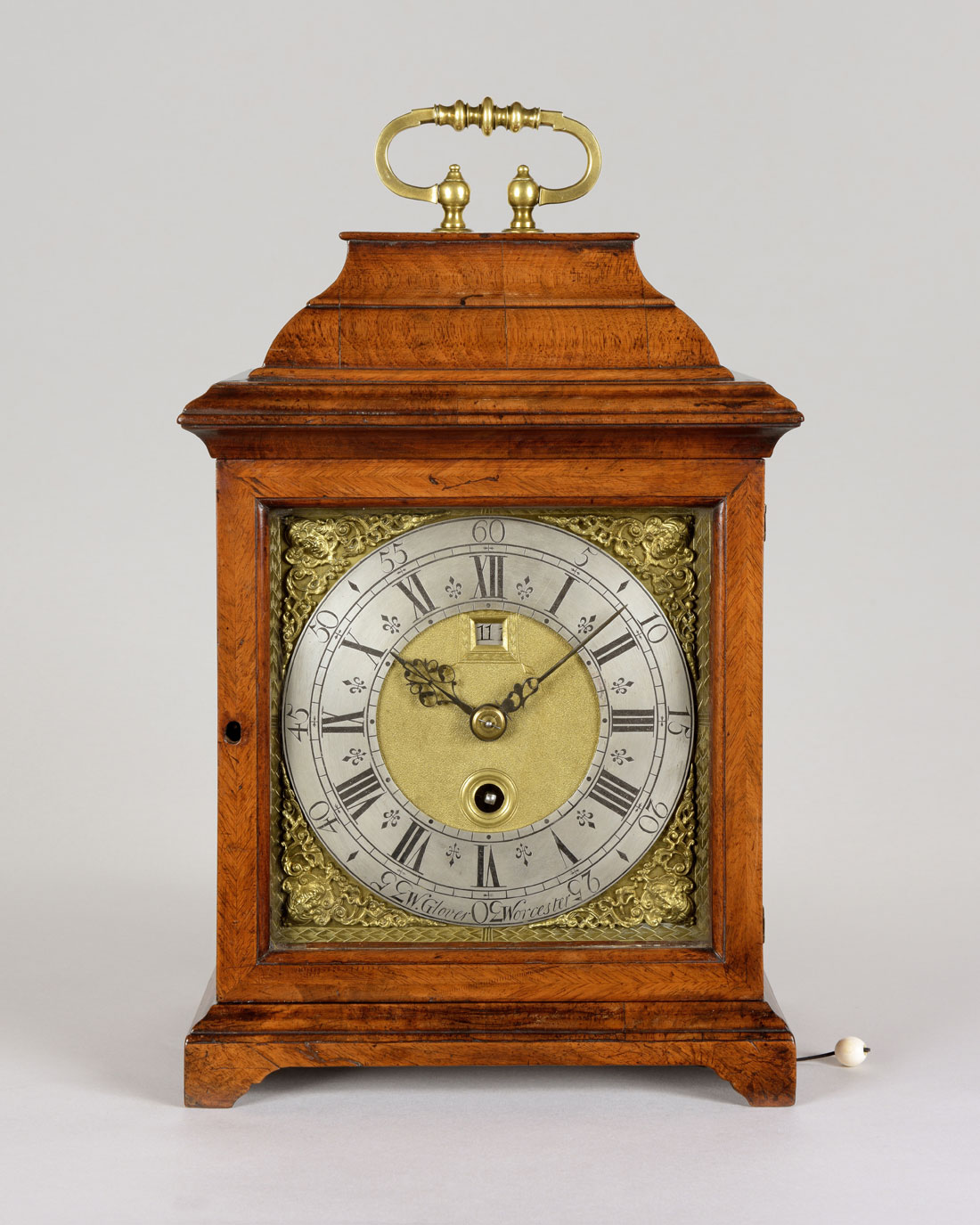 The centre of the brass dial is finely matted and there is an inset date aperture below XII. It has finely pierced steel hands.

The square dial figured walnut case is beautifully patinated and stands on four original bracket feet. It has a shallow inverted bell top surmounted by an original finely knopped brass carrying handle. The herring-bone borders on the dial are repeated in the inlays on the front door.

The single fusee movement has a knife edge verge escapement and repeats the quarters on two bells and hammers on the pull of a cord from below the case.

This small table clock is very interesting in that it has a number of features similar to those made by Gabriel Smith and his son Joseph Smith of Bottomley. These include the inverted belltop case design with  moulded bracket feet, the s brass knopped carrying handle, the  square dial with herringbone borders, the inset date aperture below XII, the ringed winding hole and the design of the chapter rings with their Fleur-de-Lys half hour markers. The substantial spring driven plated timepiece movement with knife edge verge escapement and pull quarter repeat work on two bells has finned pillars which screw through the plates. This idiosyncrasy is also repeated on some of Gabriel and Joseph Smith’s table clocks movements.

*William Glover is listed on page 306 of Brian Loomes’ Watchmakers and Clockmakers of the World, Complete 20th Century Edition. He started his working life in Warwick  and he moved to Worcester circa 1725. He was succeeded by his nephew of the same name in 1758.

Small early square dial walnut table clocks are rare and early provincial examples even more so. This is only the fourth provincial one from the English Midlands we have had in over 30 years.