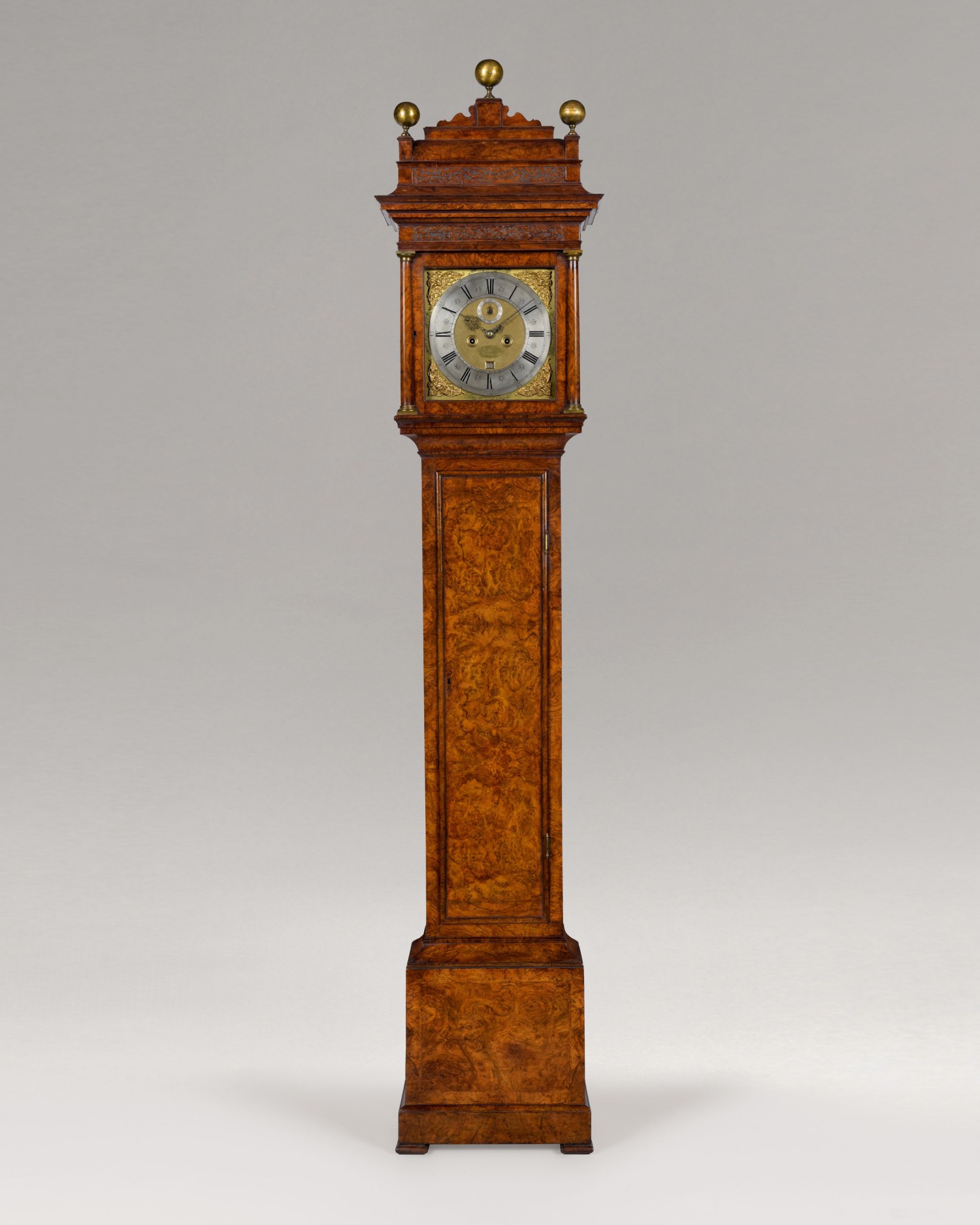 The case is veneered with figured walnut of excellent colour and patination. The pull-forward caddy top hood is flanked by turned, walnut veneered pillars with brass capitals. The original caddy top is surmounted by two gilt ball finials and a third which is mounted on a central block.

The 12 inch square dial has an applied chapter ring with winged cherubs and foliate spandrels. The centre is finely matted with an applied seconds ring and an aperture to view the day of the month above VI.The blued steel pointers are finely pierced and the maker’s signature – Christopher Gould, London - is engraved on an oval reserve within the matted dial centre.

The five pillar movement has rack striking with the hours sounded on a bell. As one would expect from a maker of Gould’s stature, the movement is excellent quality with chamfered cocks and thick plates.

* Christopher Gould was made a Free Brother in The Clockmakers’ Company in April 1682. He was later appointed Beadle in 1713. He died in 1718 and examples of his work can be seen in many public collections including the British Museum. He was one of the finest makers of the period and his cases are on a par with those of Thomas Tompion and Daniel Quare. In fact, given the similarities, there is a strong probability that this case was made by the same cabinet maker as those of Tompion and Quare.