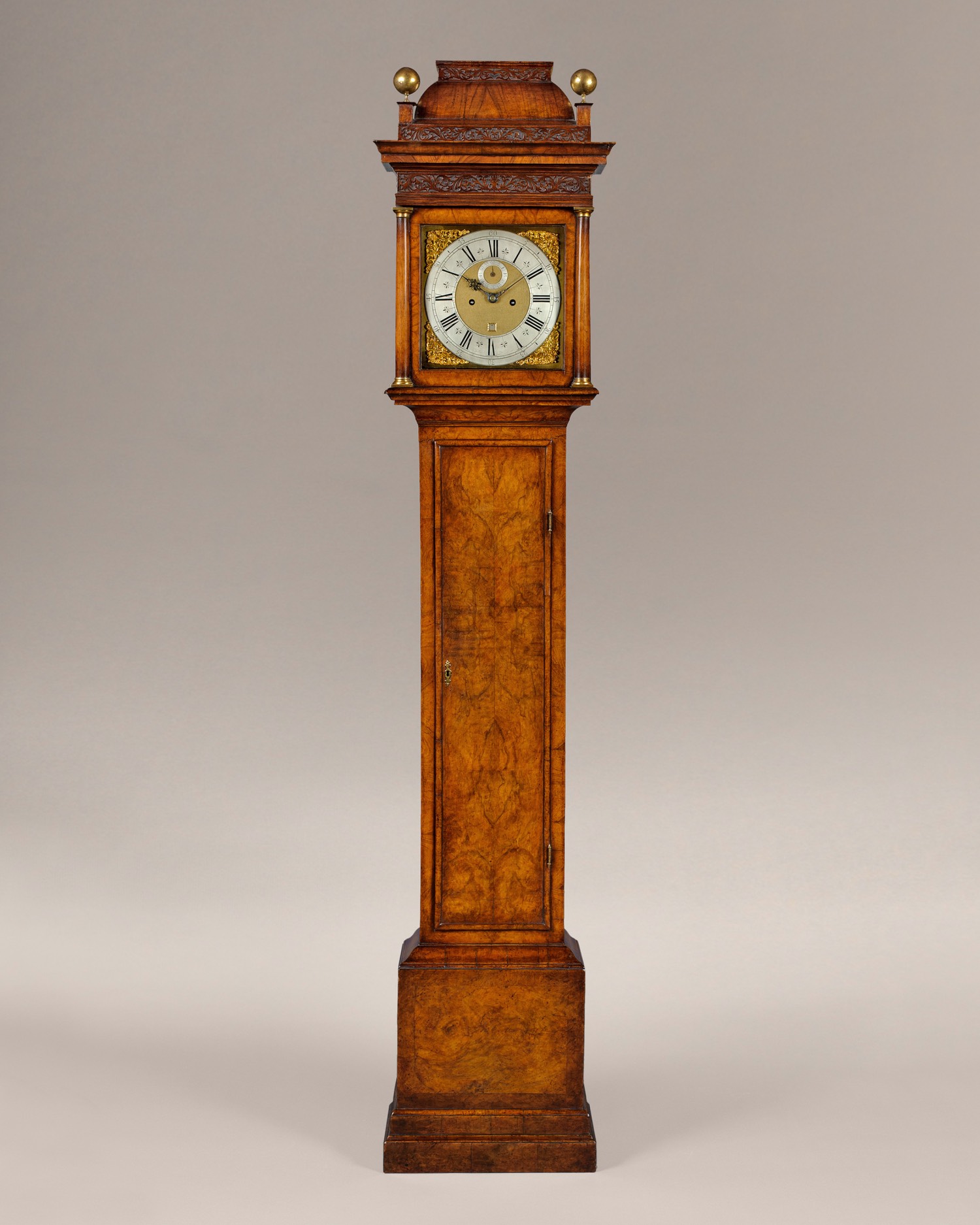 The case is veneered with figured walnut of excellent colour and patination. The pull-forward caddy top hood is flanked by veneered, turned pillars with brass capitals. The caddy top is original and is surmounted by two gilt balls finials.

The 12 inch square dial has an applied chapter ring with cherubs holding a crown corner spandrels. The centre is finely matted with an applied seconds ring and an aperture to view the day of the month. The blued steel pointers are finely pierced and the maker’s signature - Daniel Delander, London - is engraved on the chapter ring between V and VII.

The five pillar movement has rack striking with the hours sounded on a bell. As one would expect from a maker of Delander’s stature the movement is of the highest quality with chamfered cocks and thick plates.

Daniel Delander was born circa 1678 and his workshop was situated in Deveraux Court and later between the two Temple gates. He had served the latter part of his apprenticeship under Thomas Tompion where he worked as a "servant" journeyman alongside George Graham. Hence the fact that there are a number of similarities between his work and that of the two greatest English clockmakers after Fromanteel.
Read More Close
Call Us
Make An Enquiry
Make An Enquiry