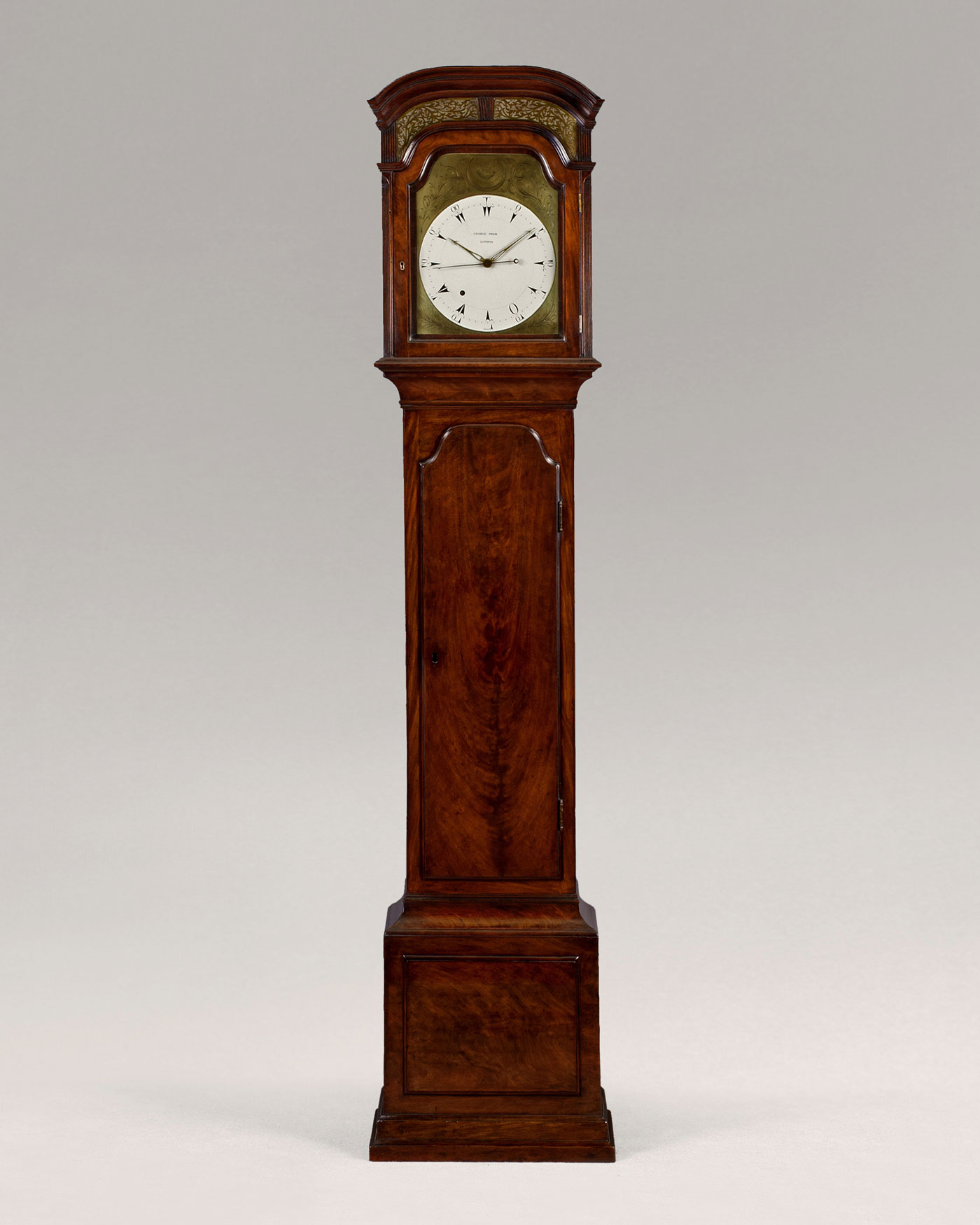 
A rare and fine George III domestic longcase regulator made for the Middle Eastern market. The mahogany veneered case, standing on a double plinth with a raised panel above and well-figured veneers throughout, has an ogee shaped caddy above with finely pierced brass frets and fluted canted corners.

Literature
George Prior was based at 31 Prescot Street, Goldman Fields, London from 1762 to 1813. He specialised in making clocks for the Ottoman Market and is recorded as having collaborated with John Thwaites on several occasions.

John Thwaites was born in 1757 the son of Ainsworth Thwaites who was apprenticed in 1735 and worked from Rosoman Row, Clerkenwell, London 1751-80. Ainsworth was an accomplished maker who supplied the clock for the tower at the Horse Guards Parade, London. John Thwaites succeeded his father, presumably on the latter's death in 1780, before moving to Bowling Green Lane. He worked alone until 1817 when he took his wife’s nephew, George Jeremiah Reed, into partnership. John Thwaites and the subsequent partnership were well known for supplying all forms of clocks and movements either wholesale for others to retail, or signed by themselves. The partnership continued under John Thwaite's leadership from several addresses in London until his death in 1842.

George Prior predominantly specialised in the supply of clocks and watches to the Ottoman market trading through British merchants based in major Middle Eastern ports such as Istanbul.
Provenance
The estate of a connoisseur collector of regional furniture, works of art and clocks. By repute acquired from a member of the diplomatic service who purchased it from a government department in Istanbul.
Signed / Inscribed
George Prior London
Read More Close
Call Us
Make An Enquiry
Make An Enquiry