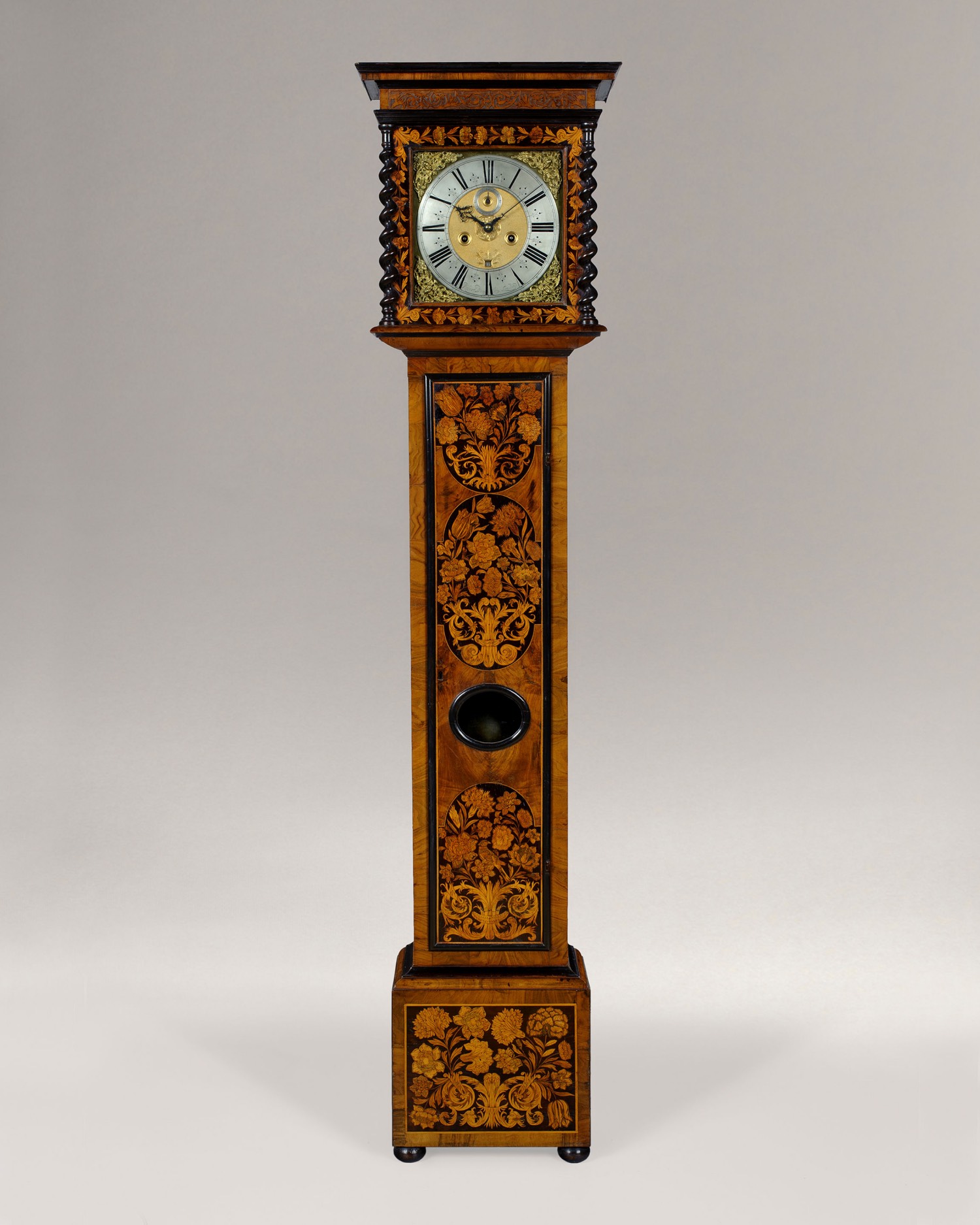 The case is constructed primarily of oak and veneered with walnut and panels of bird and floral marquetry against an ebony ground. The cross-grain mouldings are in ebonised pine. Standing on bun feet the clock retains its original base and there is an ebonised lenticle to the trunk door. The hood with front-opening door is flanked by ebonised barley twist columns and there is a delicate walnut sound fret set below the moulded cornice.

The 11 inch square brass dial is mounted with cherub and foliate spandrels and a silvered chapter ring. The dial centre is finely matted with ringed winding holes and an aperture to view the day of the month above VI. The maker’s signature is inscribed between VII and V on the chapter ring. The blued steel hands are finely pierced and faceted.

The high quality 8-day duration movement has five ringed pillars and the hours are sounded on a bell via an inside locking plate.

* Robert Dingley was born in 1647 and became free of the Clockmakers’ Company and the City. He signed the Oath of Allegiance in 1697 and is believed to have died between 1698 and 1699. This is only the second marquetry clock by this maker which we have handled.