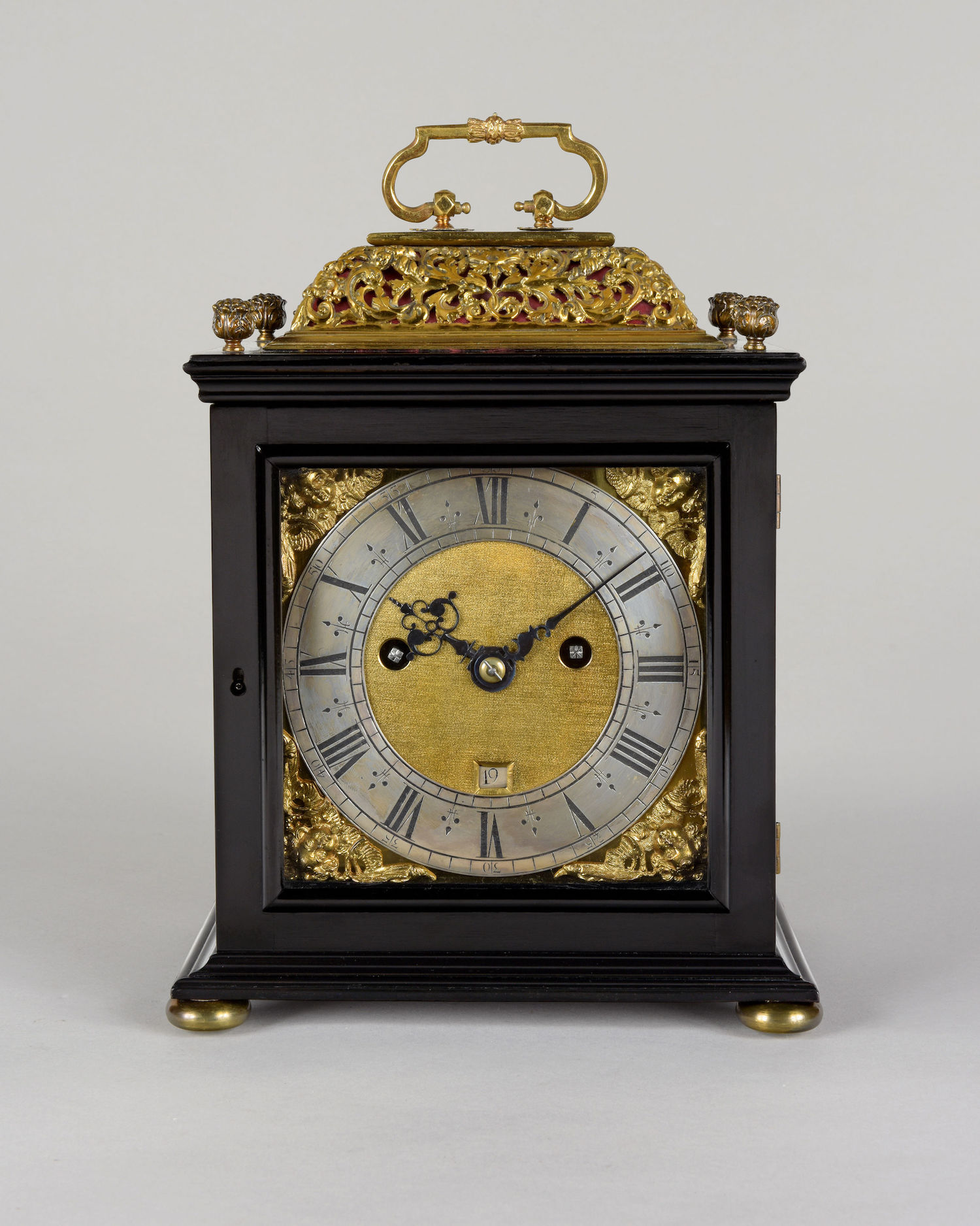 The fully restored 8-day movement, which has outside countwheel Dutch striking on two bells, has a knife edge verge escapement and bob pendulum. The dial has four winged cherub head corner spandrels and a Roman chapter ring with fleur-de-lys half-hour markers and an inset date aperture above VI.

The elaborate early backplate is engraved with Dutch tulip flowers and foliate scrolls and a scribeline border. The maker’s signature Jeremie Gregory at the Royall Exchange is set just below the numbered and engraved outside countwheel.

The small elegant case is veneered with ebony on an oak carcass. It has a flat top with a gilt, pierced foliate brass basket top surmounted by a thistlebud scroll brass carrying handle

* Jeremie Gregory had a successful career both as an officer in Cromwell’s army and as a clockmaker but there are surprisingly few clocks by him which are known. He was Warden of the Clockmakers’ Company from 1660 and Master from 1665 to 1668 and again in 1676. He died a rich man in 1686.

This beautiful little early Dutch striking table clock is a comparative rarity and has many similarities with the work of Henry Jones.

JEREMIE GREGORY AT THE ROYALL ...