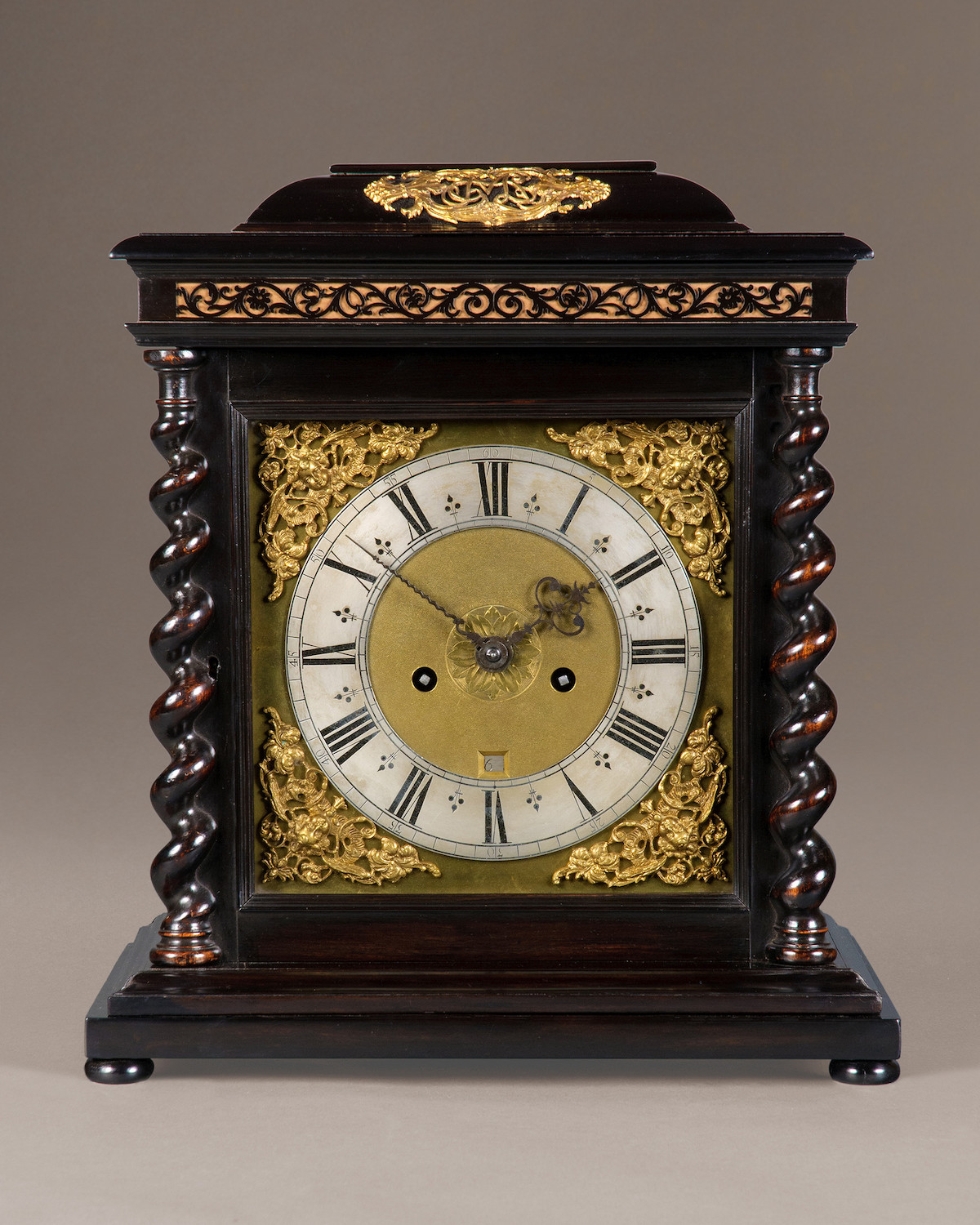 Origin
Londini fecit
Date
Circa 1680
A rare Charles II period ebony and gilt-mounted table clock with turntable base by this pre-eminent early maker.

The eight day movement which strikes the hours on a single bell has a restored verge escapement and short bob pendulum. The beautifully mellow 9 ½ inch dial has cherub head and foliate corner spandrels and a chapter ring with narrow inside quarter marker band and a similar outer band for the minutes. The date work is inset above VI o’clock and there is an engraved Tudor Rose in the matted dial centre.

The elegant shallow proportioned case is constructed primarily of oak and veneered with ebony on a restored turntable base. The square dial is flanked by capped barley twist columns and surmounted by finely pierced ebony frets to the entablature. The shallow caddy top has an original gilt brass mount with the monogram MR, probably of the original owner.

The superb backplate and original countwheel are exquisitely engraved with tulips and foliage which are typical of the best engravers’ work of the early period. The two brass ratchets and exquisitely wrought steel clickwork for the time and strike trains are also set on the backplate below the maker’s signature, Johannes Ebsworth Londini fecit.

* John Ebsworth was in the first rank of early makers who were working during the last quarter of the 17th century. He was appointed Master of the Clockmakers’ Company in 1697 and he made a number of very fine longcase, bracket and lantern clocks. There are clocks by him in various museums and public collections around the world.