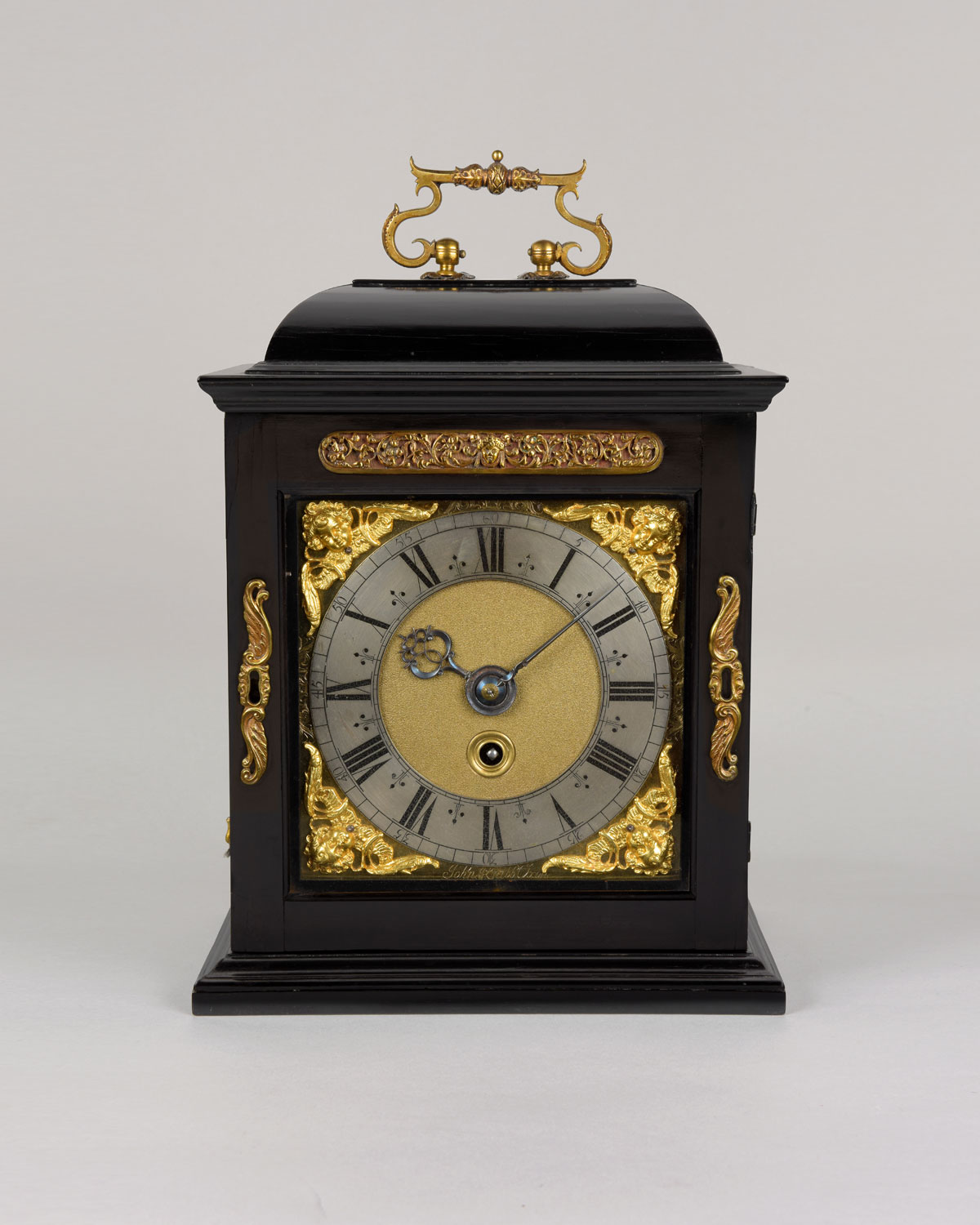 The 6 inch square brass dial is mounted with a silvered chapter ring and winged cherub spandrels to the four corners. The centre is finely matted with elegant pierced and faceted pointers and the dial plate is signed by the maker beneath the chapter ring. Between the spandrels there is delicate foliate engraving.

The fully restored verge movement runs for 8 days and has a pear shaped pendulum bob. There is also pull repeatwork for sounding the hours and quarters on two separate bells. The backplate is beautifully engraved with foliate scrolls and is signed John Knibb Oxoniae Fecit in an arc.

The elegant oak case, veneered with ebony, stands only 11 ¾ inches high and is of typical Knibb form. It is surmounted by a "double S" carrying handle to the top and has a fine gilt brass foliate fret with a cherub's head in the central frieze. To each side of the front door there are also the typical 'Knibb' elongated scroll escutcheons.

* Small ebony veneered bracket clocks by either Joseph or John Knibb are extremely rare and hard to find. The delicacy of their movements and the finesse of their case design make them amongst the  most desirable of any 'Golden Age' clocks for the serious horological collector.

John Knibb was a member of the eminent Knibb family. He was born in 1650, a brother of Joseph, for whom he worked from about 1664. He was free of the Clockmakers' Company in 1673 and continued to work in Oxford after Joseph had moved to London. He had a varied clientele and his finest work was equal to that of his brother. He became Mayor of Oxford in 1700.