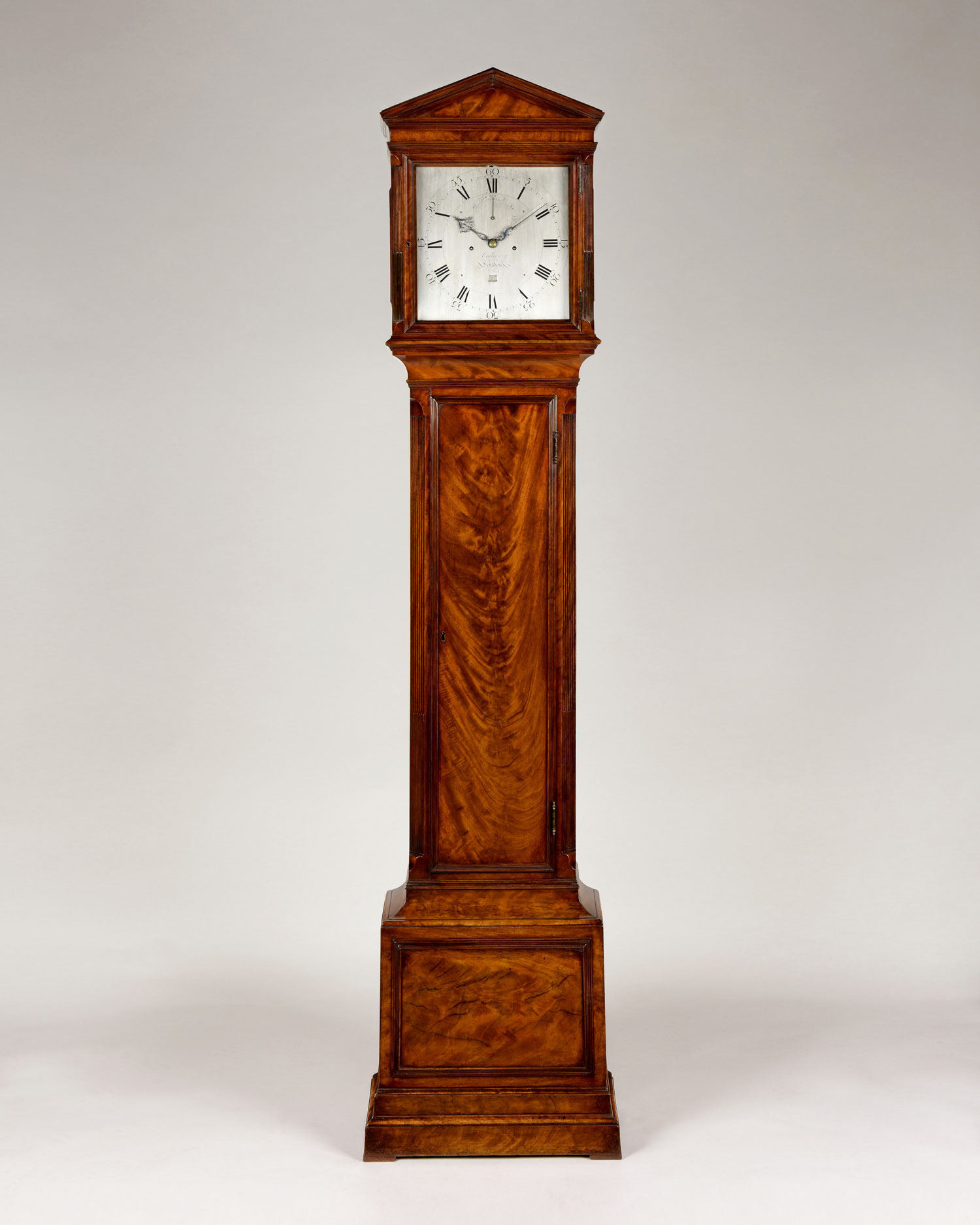 A fine George III regulator in an elegant architectural figured mahogany veneered case which has achieved a good mellow colour with excellent patination.  There is a double plinth to the panelled base, long moulded trunk door and the hood is flanked by fluted chamfers with brass reeds.

The twelve inch silvered square brass dial is finely engraved and includes an aperture to view the day of the month and a strike/silent option.  The centre of the dial is signed by the maker, Vulliamy London N° 255.

The high quality 8-day duration movement has five pillars, a deadbeat  escapement with separate steel pallet pads which are set within the morticed brass pallet frame. The hours are sounded on a single bell via a rack striking mechanism. The ebonised lozenge sectioned wood rod pendulum has a large brass lenticular bob with a silvered calibrated rating nut beneath. The pair of brass cased weights appear to be original.

* Benjamin Vulliamy was the second of the Vulliamy family who succeeded his father Justin.  He was clockmaker to George III from 1772 and was responsible for a number of important precision clocks made for royalty and the aristocracy.  Examples of his work can be found in museums and public collections throughout the world. He was the father of Benjamin Lewis Vulliamy and he died in 1811.