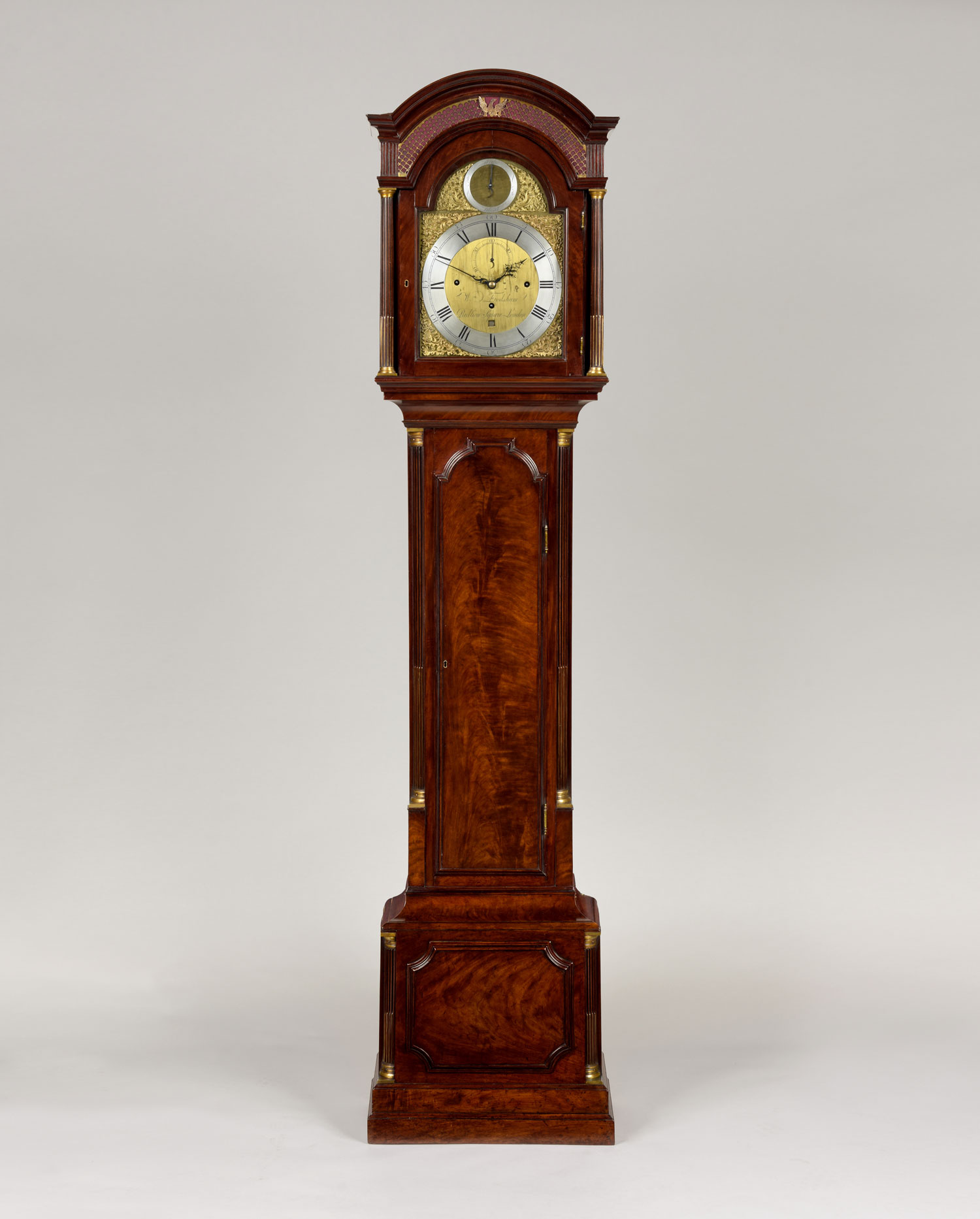 The top-quality London case is veneered with figured flame mahogany and has fine patination. The pull-forward arched top hood is flanked by turned pillars with brass capitals and bases and has an inset brass sound fret below the top cornice moulding. The full-length trunk door has a moulded bridge top and quarter columns with similar brass capitals and bases. The quarter columns are repeated in the moulded panelled base.

The 12-inch arched brass dial has an applied chapter ring with foliate corner spandrels. There is an aperture to view the day of the month above VI and a subsidiary seconds dial below XII. The blued steel hands are finely pierced and the maker’s signature – Wm. Frodsham Redlion Square London - is engraved on the centre of the dial. Within the arch there is a subsidiary dial for strike/silent.

The 8-day movement has rack strike with the hours sounded on a bell and the quarters on six bells. As one would expect from a maker of Frodsham’s stature, the movement is of the highest quality with fine wheelwork and large plates.

* William Frodsham is recorded on page 284 of Brian Loomes’s Watchmakers and Clockmakers of the World: Complete 21st Century Edition as being in the Clockmakers Company from 1781 until his death in 1803. He was well known for his work on marine chronometers under the influence of the prototypes made by John Harrison and Thomas Earnshaw.