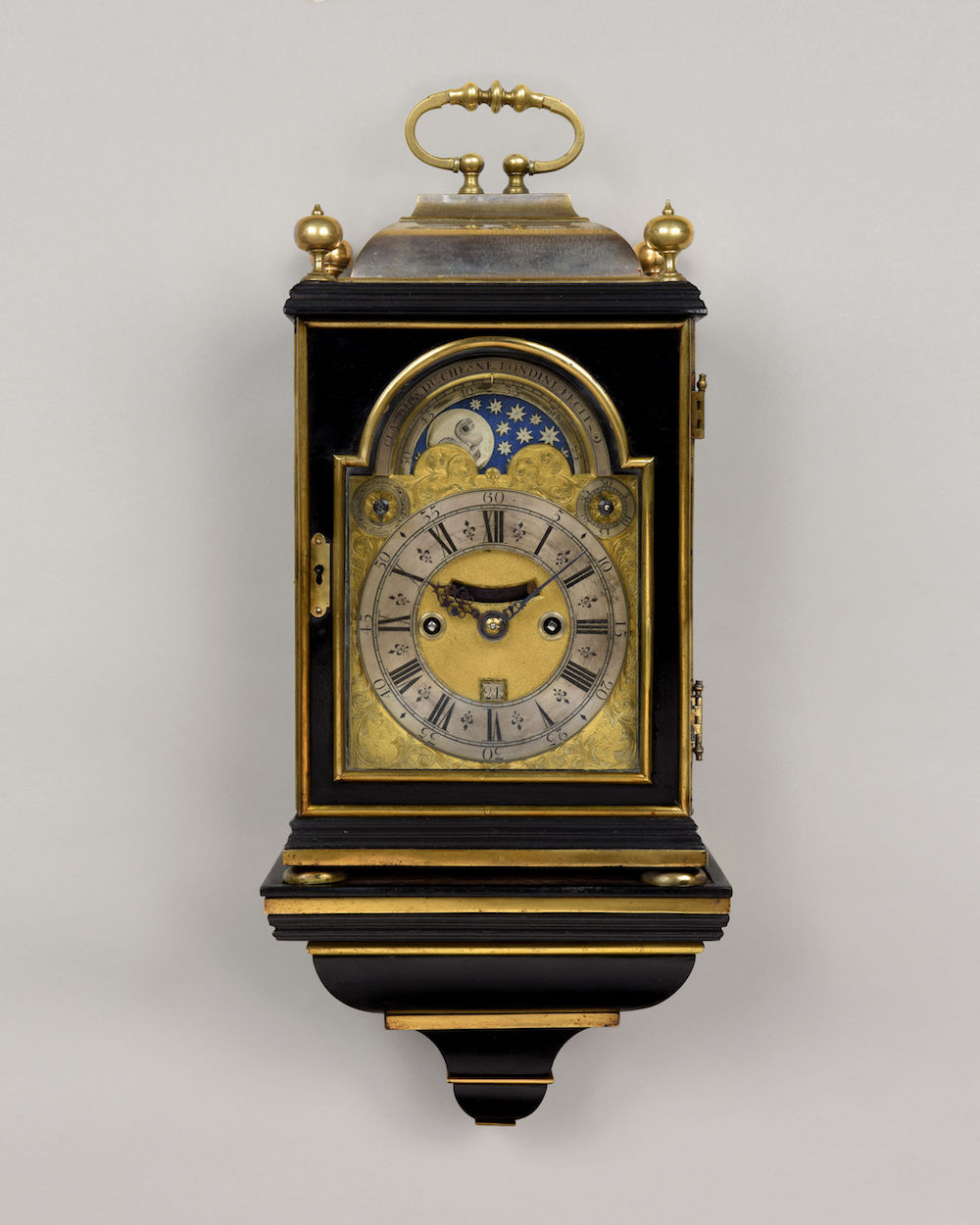 The 8-day movement, which strikes the hours on a single bell, has an original verge escapement, short bob pendulum and pull quarter repeatwork on six bells. There is a subsidiary dial in the arch for the phases of the moon. The maker’s signature Claudius Du Chesne Londini Fecit is on an arched plaque above the moon dial and below it are two subsidiary dials for rise/fall and sonne/silance [sic].

The 4 ½ inch dial has fine foliate engraving on the dial plate and a silvered chapter ring with fleur-de-lys half-hour markers. The date indicator is inset above VI and there is a crescent shaped aperture for the false pendulum within the finely matted dial centre.

The elaborate backplate is profusely engraved with flower and foliate scrolls, a well-executed wheatear border and a stylised classical figure surmounted by an eagle. The lenticular shaped pendulum bob is also engraved.

The elegant case is constructed primarily in oak and veneered with ebonised pearwood. It has a white metal inverted bell top with a knopped brass carrying handle, four gilt ball finials and gilt brass mouldings. It stands on four turned brass bun feet.

The clock has a bespoke ebonised brass moulded wall bracket with key drawer to match.

*Claudius Du Chesne was a Frenchman who was born in Paris in the 1660s and came to London as a Huguenot refugee in 1685. He was made a Free Brother of the Clockmakers’ Company in September 1693 and he also signed the Clockmakers’ Company oath of allegiance in 1697. He died in 1730 having had workshops in Dean Street, Soho and Long Acre. He made a number of exceptional long duration longcases, musical table clocks and miniature spring clocks in the first quarter of the 18th century. He is widely regarded as one of the finest French Huguenot makers working in London. There is a very similar miniature moonphase table clock by Duchesne in the Lyme Park Collection.