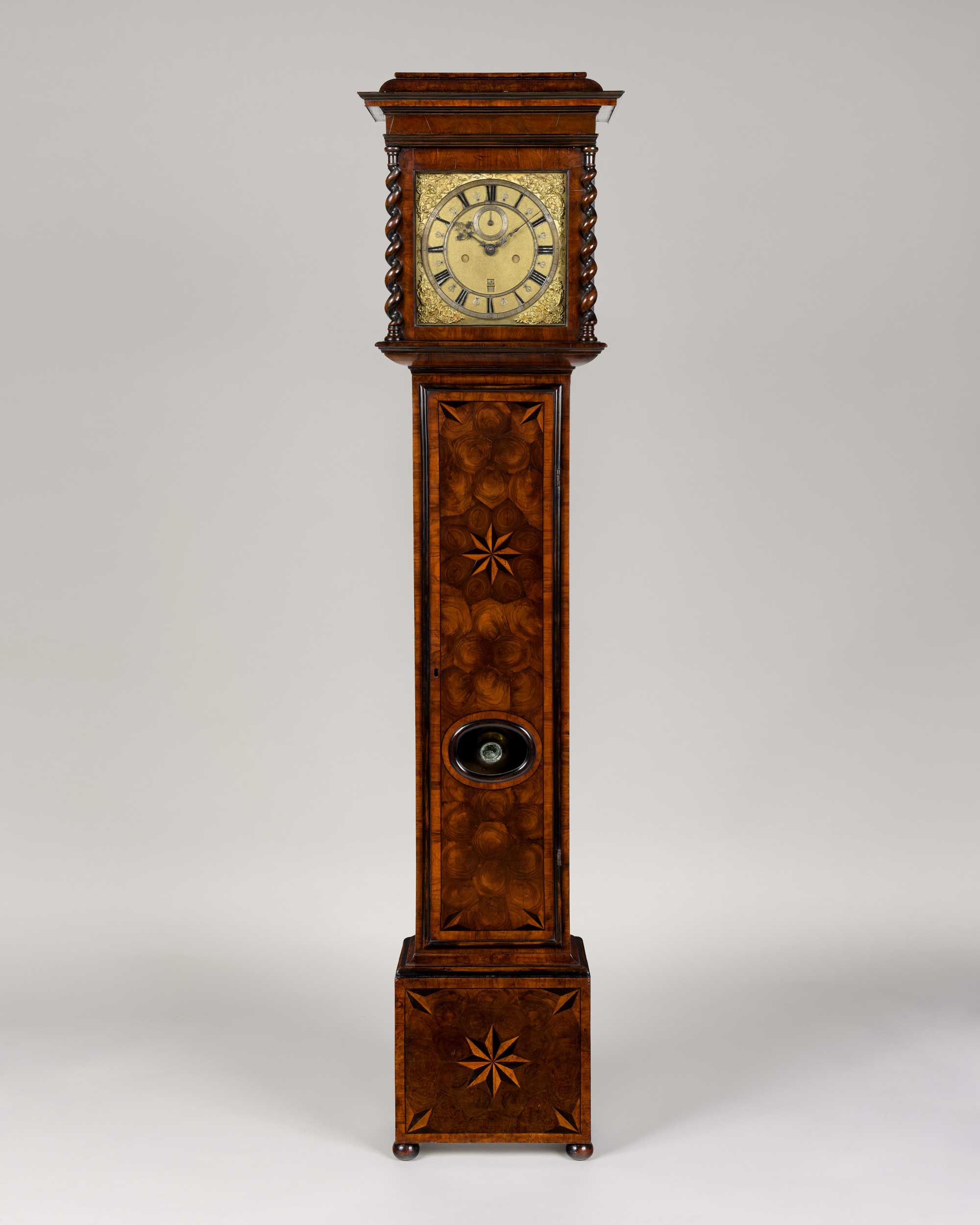 The case is principally constructed of oak and veneered with olive wood oysters and ebony and holly star inlays to the trunk and base. The hood is flanked by barley twist columns rising to the flat top and the principal mouldings on the case are ebonised.

The 11 inch (28 cm) square dial is mounted with early winged cherub spandrels, silvered skeletonised chapter ring and a subsidiary second’s ring. The centre is finely matted with a dual aperture above six o’clock for the day of the month and the month. The dial plate is signed John Titherton Londini Fecit. The steel pointers are finely pierced and faceted.

The exceptional 8-day duration movement has eight fully latched, finned and knopped pillars separating the unusually large rectangular plates. The hours are sounded on a pork pie bell via an outside locking plate.

* John Titherton was a maker about whom we know surprisingly little apart from the fact that he was working in London up until his death in 1695. His longcase clocks are rare as we only know of two made by him. This exceptional early clock bears many similarities to those made by Joseph Knibb and Jacobus Markwick at this period. The quality of the veneers and the fine proportions of the olivewood parquetry case, the beautiful skeletonised dial and the exceptional eight pillar movement plus its Knibbish rise/fall regulation and pork pie bell attest to this.